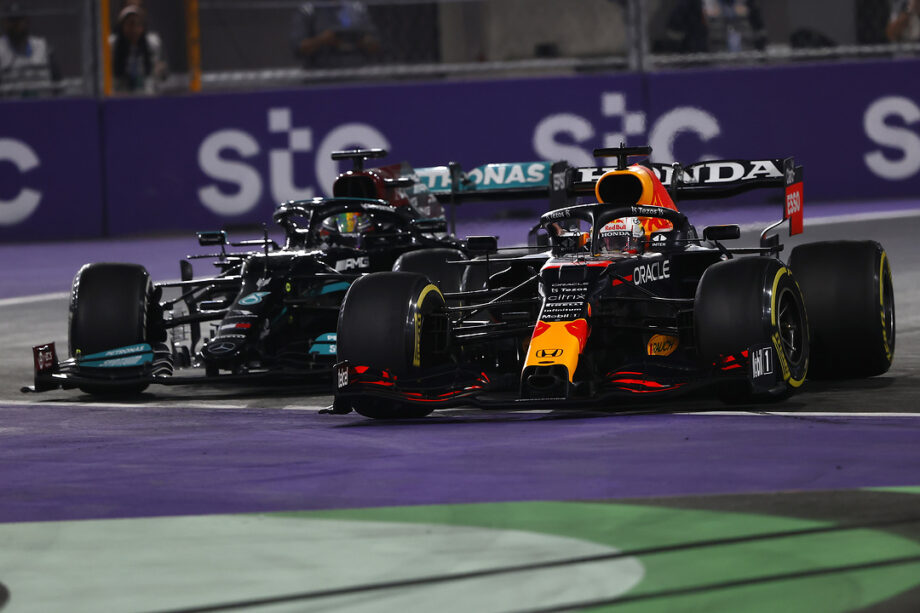 In a recent interview with The Race, Red Bull’s technical guru Adrian Newey openly admitted that Max Verstappen “brake-tested” Lewis Hamilton at the 2021 Saudi Arabian Grand Prix, which led to a collision between the two.

Although Verstappen and the Red Bull camp tried to deny this last year, the Dutchman was penalized for this highly controversial move, which could have been the end of Lewis’s race, but thankfully he still managed to win despite the damage done to his car.

Newey also admitted that Verstappen’s controversial defensive manoeuvers at the 2021 Sao Paulo Grand Prix, which included him pushing Lewis wide and off the track, were “a bit naughty”.

“Probably what he did in Brazil last year was a bit naughty,” Newey said.

“Saudi was silly but I think he got frustrated with Lewis not overtaking him but he still shouldn’t have brake-tested him.”

However, when it comes to the controversial collision between the two drivers at that year’s British Grand Prix, which ended with Verstappen in the wall, Newey maintains the incident was Hamilton’s fault.

“But Silverstone to me was a clear professional foul [by Hamilton] and people seem to have a short memory.

“They brand an individual and it takes time for that to go. [Verstappen’s] very easy to work with, very open.

“You ask him to do things and he’ll always try,” the Briton concluded.