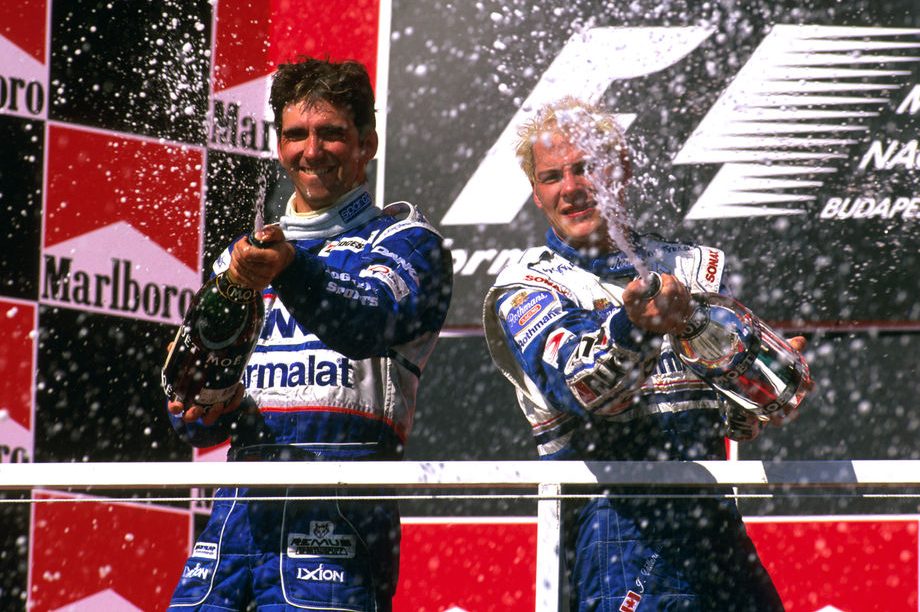 1996 Formula 1 champion Damon Hill says in 2021 Lewis Hamilton “had some luck, he’s had some bad luck, but the average is that he’s a cut above nearly everybody”.

“Max was only about five seconds behind him and you’re starting to think, ‘Lewis is in the walls, he’s blocked in, he can’t go anywhere’,” the Briton said.

“But he has learned incredible patience as a driver, and he knows that he just has to bide out the first stint. Then he puts his ‘HammerTime’ to the metal, and off he goes.

“There was a point where I just thought, ‘Blimey, if they pit now, Max is going to be coming out just five seconds behind him’.

“But those five seconds, once Lewis got clear air, suddenly turned into 20 seconds, and he was back on track.”

Hill also commented on Lewis’ crash into the pit entry wall in qualifying, and the way he dealt with it.

“Lewis is such a heart on sleeve guy. I took a picture of him walking back after the crash [in qualifying], and I guarantee you, he went back to the debrief room, sat there and was glum and embarrassed and all those things.

“He has to kind of pick himself up, and maybe the team helped him do that. I’m not saying he needs it, but I’m saying he’s someone who feeds and picks up on positive energy and encouragement.

“I think Mercedes give him that. The cool information they give him – Shovlin and company, Bonnington, on the radio – they give him support, and he believes in them and he delivers for them.

“So when they say we need some real special laps, he goes, ‘Okay, I can do that’. He is a phenomenon. That’s a word that is bandied about. But 100 grands prix, you don’t do that.

“We’ve talked about luck. He’s had some luck, he’s had some bad luck, but the average is that he’s a cut above nearly everybody,” Damon concluded.