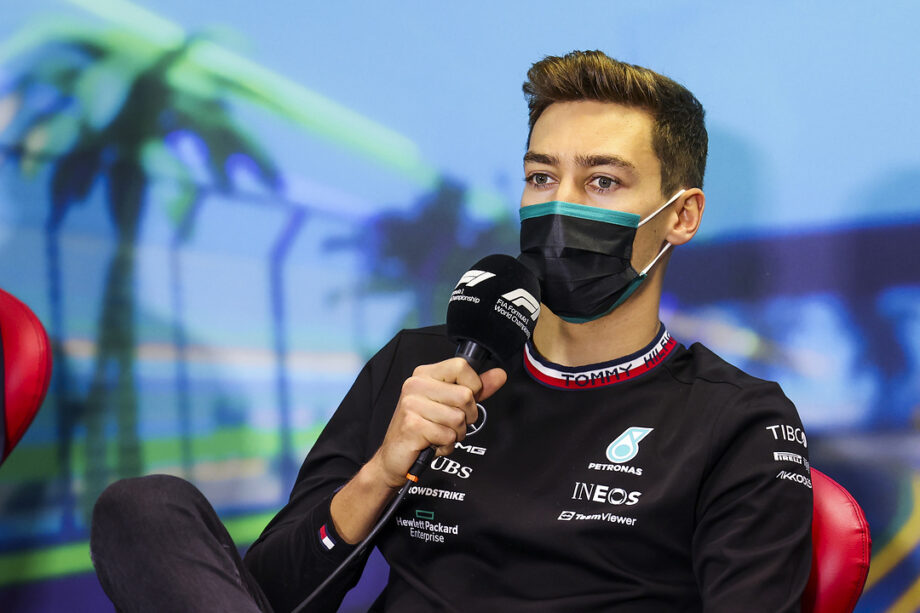 Q: Let’s go left to right to start with. George, just give us a little flavour of what you’ve been up to in Miami. How much you enjoying yourself?

George RUSSELL: I like it here. I arrived a few days early as I had to be here early for an event. So I went to the Miami Heat game, which was cool. Just things are done differently here in the US and I think it’s just pretty awesome to see the vibe and everybody’s just so happy and upbeat and active as well. You know, I’ve been waking up early every morning, 6:30am, for just a walk or run down the down the beachfront and everybody’s out and I think that’s pretty cool to see. And I mean, it’s a little bit contradicting with you know, the juicy burgers like Lando has been eating, so he told me, later in the evenings, but it’s just cool to see that and I like it in the States.

Q: And how much has Miami Gardens changed since you were last here?

GR: I was here in October after Austin and it was kind of just like a car park and now you come here and it’s one of the biggest, most spectacular sporting event in the world. And I’ve been really impressed to see what we’ve done with the place. But obviously, you know, we’re racing drivers and we’re just excited to get on track to see what we make of it. I think it’s got a mixture of everything. I think some sections are really cool, high- speed, fast and flowing. Other sections look interesting to say the least with a very slow-speed, tight section. Things like 10, 12 and 13, 14. That’ll be challenging, but for sure, offers opportunity.

Q: And how much progress do you think you’re going to make with your racing car this weekend?

GR: Yeah, for sure, we’ve got a few things to try this weekend. I don’t think there will be any silver bullets, but it’s definitely going to give us a much better indication of the direction we need to take in future events. And I think these past couple of weeks and months since day one really have been vital into understanding the problem and developing the tools to be able to find solutions. And I think we’re finally getting to a point where we feel confident that in races to come we might be able to might be able to solve it. But we’ll have to wait and see.

QUESTIONS FROM THE FLOOR

Q: (Cork Gaines – Business Insider) There’s a lot of talk recently about the American expansion going to three races next year, questions about when there might be the next American driver in F1. And while I’m sure all of you guys are happy to keep your seats and keep an American driver out anytime soon, let me ask you this way, you guys have plenty of experience driving around the United States now. Tell me something that drives you guys nuts about American drivers and driving in America.

GR: I’ve not really had any experience with American drivers. Not that I can really remember. Maybe there was one or two when we were going through karting. I think Formula 1 is the pinnacle of the sport. And we shouldn’t have a driver on the grid just because of their nationality. We should have the best drivers earning their right to be here and proving them themselves when they’re here. So I think we don’t live in a perfect world but this is the pinnacle and it needs to stay like that. We have the best engineers, we have the best everything here, we go to the best places and that needs to filter down to the drivers as well. And when you’ve got the best, often the show becomes even better. And I mean I even going to the Heat game, you can see who the best players are. You can see how they move and that is exciting for the fans. So yeah, I’d say that’s where I stand on that.