George Russell on his Australian GP battle with Sergio Perez 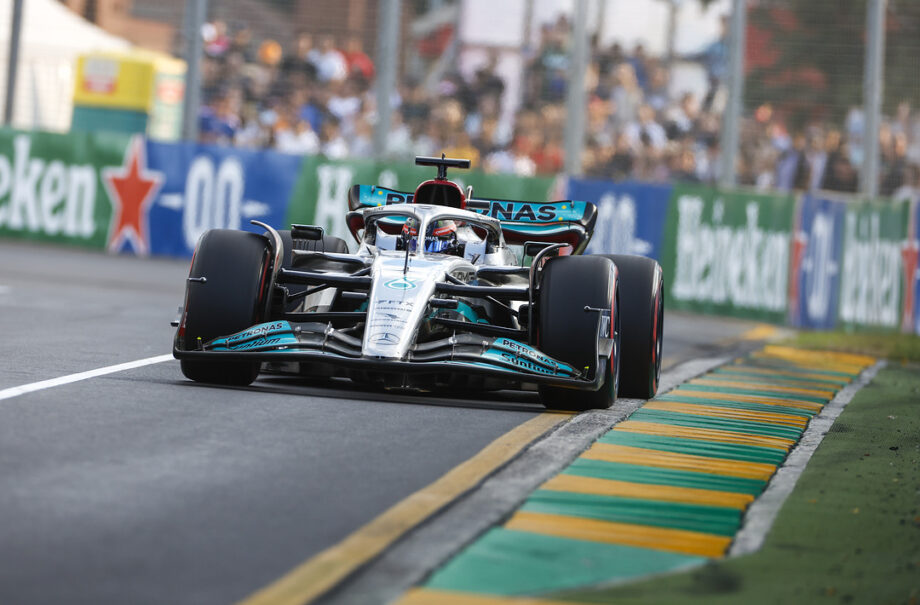 George Russell gives his perspective on what went on in his battle with Red Bull’s Sergio Perez at the Australian Grand Prix.

At the Australian Grand Prix, George Russell had an interesting battle with Sergio Perez for P3. While the battle was going on, Mercedes told Russell over the radio that tyre management was more important that track position.

Russell still held on to his position for a bit, before Perez in an obviously faster Red Bull, ultimately passed him relatively easily.

George explains what went on in those moments.

“Yeah, I mean, it’s difficult when we’re in a podium spot and I want to do everything I can to keep the faster car behind,” the Briton said.

“But ultimately, we needed to manage that tyre and the management was worse, or the front left tyre was worse in the last corner and I can’t manage it through there because it will just open it up to Checo behind. Especially with their straight line speed.

“So I really wanted to push it further but I recognised that we probably would have just fell off a cliff if I went even harder. And the Red Bull was just too quick for us today.

“And then obviously, yeah, I knew Lewis wasn’t going to make it easy for me. He never gives up and he was pushing flat out until the end.

“But I think it was well managed and was always able to stay out of the DRS detection, so yeah, once Checo got past it was pretty cruised until the end,” concluded Russell.