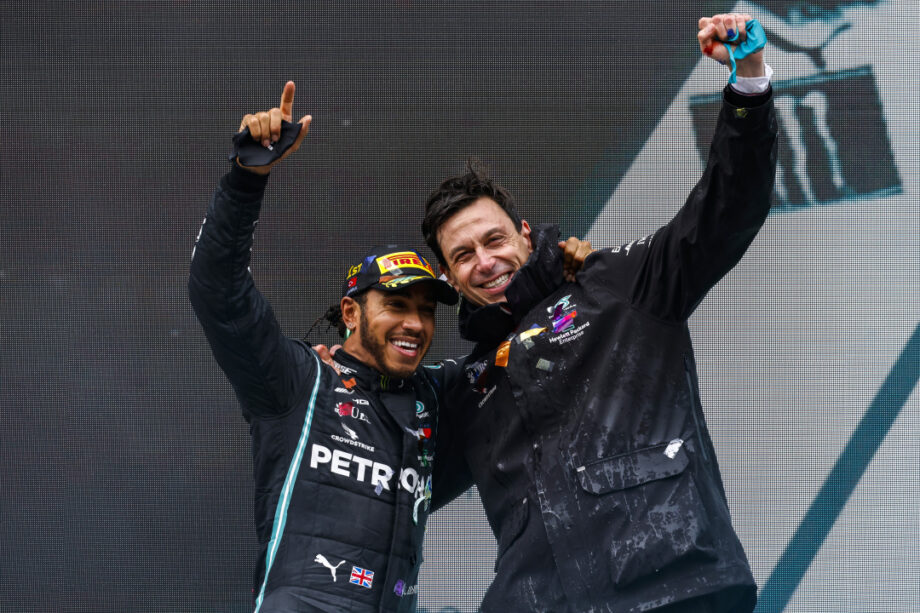 At one point in the Hungarian Grand Prix, while Lewis Hamilton was still at the back of the field, he received a radio pep talk from his race engineer and Toto Wolff.

Things didn’t look great for Lewis Hamilton at the Hungarian Grand Prix after he was the only car left on intermediate tyres on race restart.

While other drivers entered the pits to make the switch to dry tyres on the formation lap, Lewis was left the only person on the starting grid. However, he had to enter the pits at the end of his first lap.

This dropped him down to the back of the grid. At this point he received a pep talk from his race engineer Peter Bonnington and team boss Toto Wolff, who both told him that he can still “win this”.

After the race Lewis was asked how he felt when Toto came on the radio, which is not a usual occurrence.

“He’s got a great heart, Toto,” Lewis said at the post-race press conference.

“But with all due respect, when I got the call, I was like, I want whatever they’re smoking at the end of this race!

“Because you guys [race winner Esteban Ocon was sitting next to him] were so far ahead and I had to make another pit stop at the same time and I was like, impossible to catch you guys…

To this Ocon, a Mercedes junior driver, said: “He believes in you, man”.

“For sure,” Lewis replied.

“When you’re out there it can definitely seem lonely at some stages, you know, and sometimes you’ve got such tunnel vision that it’s like ten laps, it’s like a light year.

“It’s just so much time has gone by in that period of time, it feels like you’re travelling through time, it’s a very, very strange experience and then you forget that people are on the other line.

“So it’s nice to be reminded that they’re there,” concluded the seven-time champion.