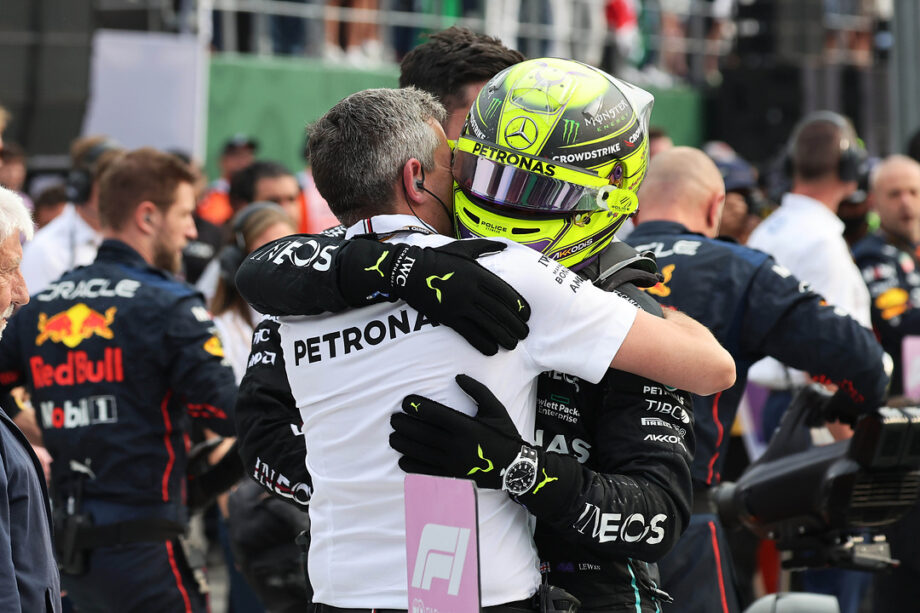 Lewis Hamilton says in 2022 people within Mercedes “have opened up like they’ve never opened up before, people have cried” and “it’s been beautiful to see”.

During his appearance of the Jay Shetty’s On Purpose Podcast, Lewis Hamilton talked about the difficulties Mercedes went through in 2022, and said the team came closer together as a result of it.

“2022 has been one of the hardest years for us as a team, as we didn’t build a great car, and we had our struggles, as many people do, and we’ve had to all come closer,” the Briton said.

“I’ve worked with this team for 10 years, and the conversations we’ve had this year, people have opened up like they’ve never opened up before, people have cried. It’s been beautiful to see.

“I feel it’s a far better team than we’ve ever been before, because we’re living with intention, we’re actually talking about impact.

“Everyone in the team is going to have diversity inclusion training. No one has been like, ‘I’m not going through that class, why do I have to go and learn what diversity and inclusion is about?’ or ‘Why? It doesn’t impact me’.

“Now people are like: ‘I understand I wouldn’t necessarily notice it, but I want to understand it more, so I can be better in my working environment’. It’s been unbelievable.

“Also, leaders within our sport, we are on a road to being a more diverse and more inclusive sport.

“But I think my job is to continuously make sure that same effort that we’re putting in now doesn’t fall away just because it was ‘trending’.

“[We need to make sure] that is actually something that’s on the top of the list, [and that] sustainability is on the top of our list,” Hamilton concluded.