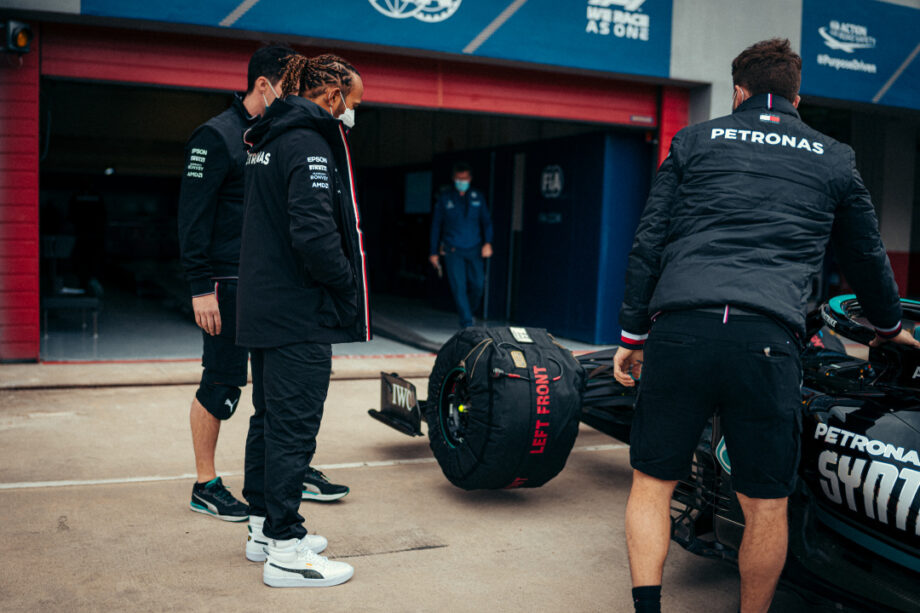 Lewis Hamilton says the fact that his main title rival Max Verstappen also failed to score any points at the Azerbaijan Grand Prix due to a tyre puncture is “irrelevant really”.

Lewis Hamilton finished the Monaco Grand Prix in P7, a result of Mercedes’ failed strategy and his car’s subpar performance.

At the Azerbaijan Grand Prix, he failed to capitalize on Max Verstappen’s misfortune and retirement and he ultimately finished in P15.

During a standing race restart Hamilton accidentally pushed the ‘brake magic’ mode button, that is usually used during safety car periods for tyre and brake warm-up, which caused a tyre lock-up in the first corner.

The end result is only 7 points in two races, something that Mercedes and Hamilton are not used to.

“I think it has been an incredibly difficult two races,” Hamilton said.

“I think it is obviously a very painful experience. It was obviously bad luck, but Max had bad luck too and these sorts of things happen.

“Naturally sorry to all the team and we just regroup and come back stronger. There is lots of positives to take from the weekend in terms of where we recovered to get back to. Come back stronger.”

Hamilton’s main rival Max Verstappen suffered a tyre puncture and ended up in the wall on lap 49 of 51, while leading the race. This brought on a red flag, and the subsequent restart that let to Lewis’ fateful lock-up.

The Briton says Verstappen’s misfortune doesn’t make him feel any better, especially considering the fact that he is also mourning the passing of his long-time friend and McLaren shareholder Mansour Ojjeh, who died on race day.

“It is irrelevant really. It doesn’t make any difference, to be honest. These are lessons that are sent to try us.

“It’s just quite difficult also because I lost a friend this morning so it’s a mixture of emotions. We live to fight another day.”

Hamilton was then asked if he believes race winner Sergio Perez could make his quest for the 2021 championship more difficult.

“We can see the Red Bull is the quickest at the moment,” the Briton said.

“Very very hard to keep up with them, so to have been in the mix and in that position was a really amazing experience and really humbling experience to come away with nothing after all the hard work, but these things happen.”