“Hamilton was relaxed”, “Verstappen appeared to crack under pressure” 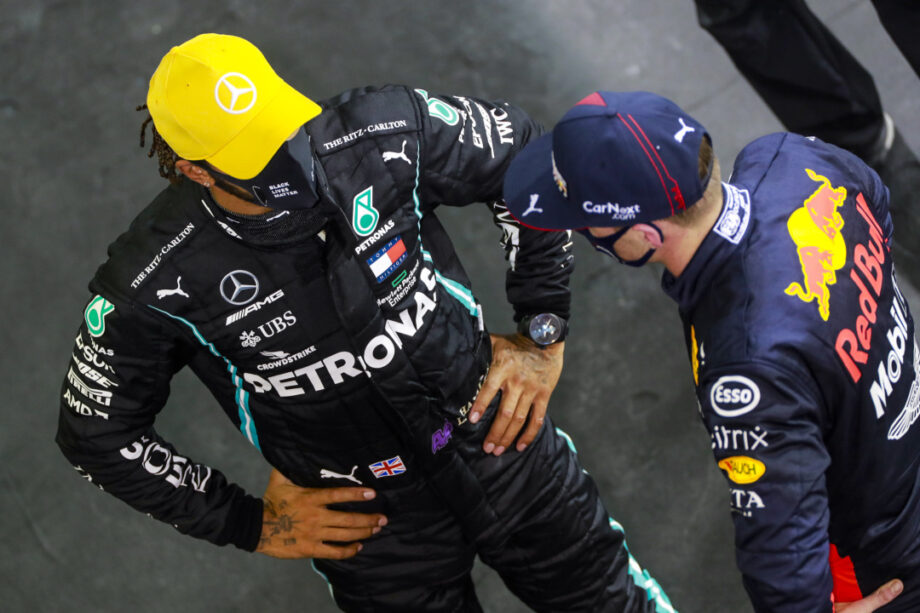 Formula 1 journalists give their opinion on who is winning the mental battle between Lewis Hamilton and Max Verstappen.

Lewis Hamilton and Max Verstappen are engaged in a fierce title fight on the track, but the battle usually spills over to interactions off the track too.

Several F1.com affiliated journalists think Lewis is the one winning the mental battle between the two.

“He’s well-schooled in playing the long game, which is why when he went wheel-to-wheel with Verstappen in Imola, Portimao and Barcelona, he was the one to backed out of it to avoid them coming together.

“And in the aftermath of their Silverstone clash, Hamilton was relaxed whereas Verstappen appeared to crack under pressure, snapping at journalists when discussing the incident,” concluded Barretto.

“If anyone is, then it’s Lewis right now because of how the past two races have gone,” F1 Journalist Chris Medland said.

“But I’d say it’s less about Max and more about the way Red Bull appear a little rattled having been in such a good place just a few weeks ago,” concluded Medland.

“I’d never question his commitment to an eighth – it’s one of the most outstanding aspects of his character – but his achievements and experience of the pressures have to give him a slight edge over Max, who still has to reach the top of that particular mountain.

“It’s impossible to say otherwise. I don’t think Red Bull’s war of words in the press is helping to keep Max’s focus where it needs to be.

“As Hamilton and Mercedes have preached for years, you have to focus on yourself and yourself alone.

“Let the others do what they will, you just have to do the best you can and focus only on that,” Buxton concluded.