Is George Russell really faster than Lewis Hamilton in 2022? 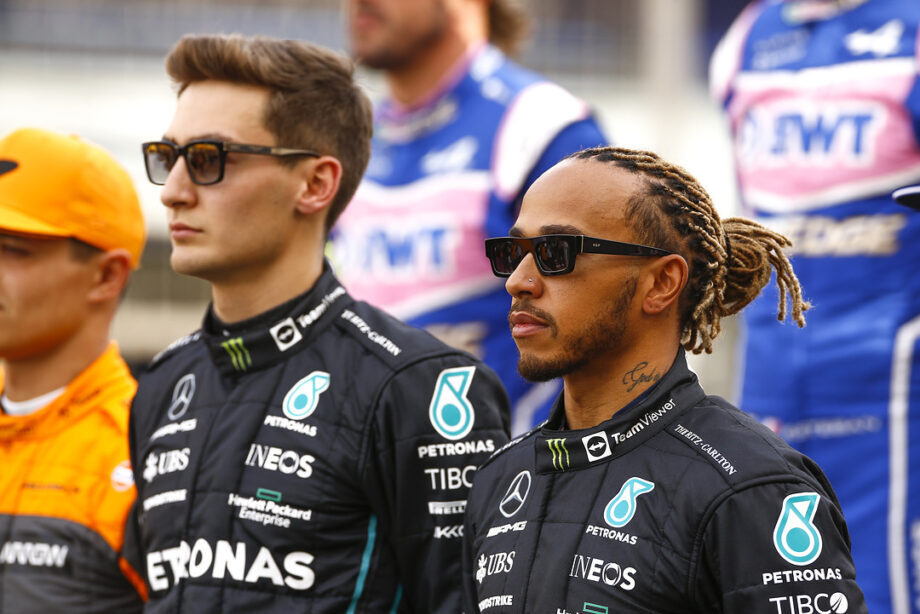 Sky Sports F1’s Matt Morlidge says “Russell’s 34-point lead over Hamilton in the championship is not reflective of their actual speed in the car”.

There’s no doubt that after the first seven races of the 2022 season, George Russell has managed to get better results than his older and more accomplished team-mate Lewis Hamilton.

However, since Mercedes has been having serious problems with their car, the main question on the viewers’ minds is whether Russell is really performing better, or are there other issues at play.

“With just one podium in seven races and concerning points deficits to his young Mercedes team-mate and the championship leader, Lewis Hamilton is enduring his worst start to a Formula 1 season in over a decade,” Morlidge wrote.

“But has Hamilton really been that far off the pace in 2022? Has bad luck – which Hamilton says he has been “having all year” and which has led to Mercedes boss Toto Wolff insisting the “pendulum will swing” for his star driver – exaggerated the issues and pressure?”

Morlidge then went on to analyse each race, before coming to his own conclusion.

“So, we have it scored 4-3 to Russell on who had better weekends, and that is also how the qualifying head-to-heads currently stand in the younger Briton’s favour,” he summarised.

“Given that, it is safe to say Russell’s 34-point lead over Hamilton in the championship is not reflective of their actual speed in the car.

“That is of course taking nothing away from Russell. The former Williams driver has delivered well above expectations and he deserves immense credit for even being close to Hamilton, let alone outperforming him so far this season – which he has done.

“But Hamilton likewise does not deserve to have finished behind Russell in every race since the Bahrain season-opener, with Australia and Miami particular unlucky weekends for the seven-time champion.

“He does, though, need a pick-up in form after being outperformed him in Spain and Monaco, with Russell seemingly happier in a hard-to-drive Mercedes car right now.

“How this partnership and possibly even rivalry develops over the rest of the season – particularly if Mercedes get closer to the front – will be intriguing to watch, starting at this weekend’s Azerbaijan GP,” Morlidge concluded.