Lewis Hamilton and George Russell have “no reason to have conflict” 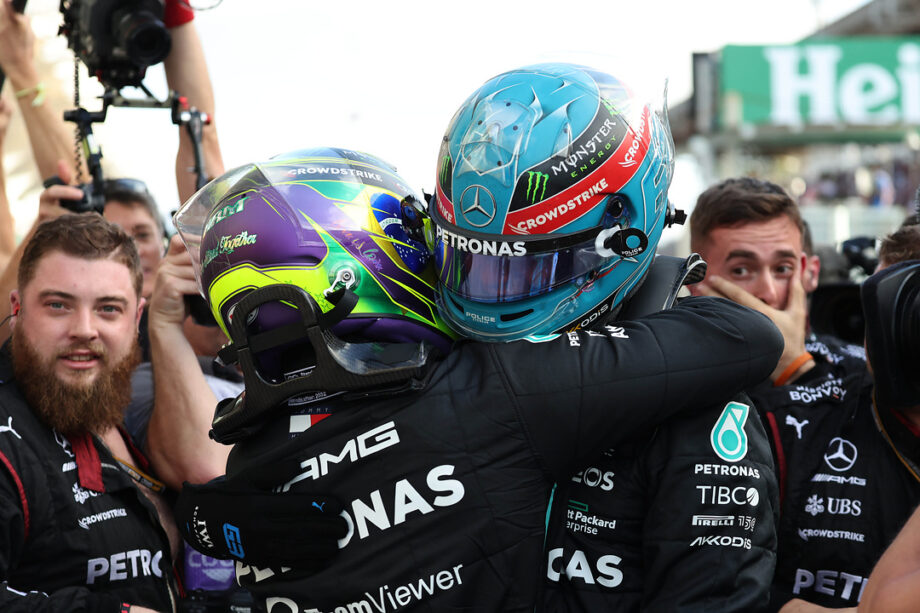 George Russell says “there will be a slightly different dynamic” between him and Lewis Hamilton if they are “fighting for 1-2s”, but “it kind of feels like we are in this together”.

Ever since George Russell joined Mercedes, the media has been fascinated by the dynamic between him and Lewis Hamilton.

While some are foreseeing a conflict between the two drivers, George Russell says he does not expect a clash with his team-mate to happen.

“I mean naturally if you are fighting for 1-2s there will be a slightly different dynamic and that’s only natural,” the Briton said.

“But I think the thing we have going for us is the fact that we are at very different stages of our career. It kind of feels like we are in this together, really.

“If we get to next [season] and we’ve got a car that’s capable of 1-2 finishes, we will have a huge amount of pride in thinking we have contributed together in helping the team achieve this.

“And then we go about our business. But we’ve got no reason to have conflict. We have got a good relationship.

“We recognise the importance of that within the whole team. If our relationship starts to break up, it’s going to have an impact on the team and ultimately it’s going to go full circle and affect us as well.

“I think we can continue to build off this and if anything our relationship will probably get closer as time goes on,” Russell concluded.