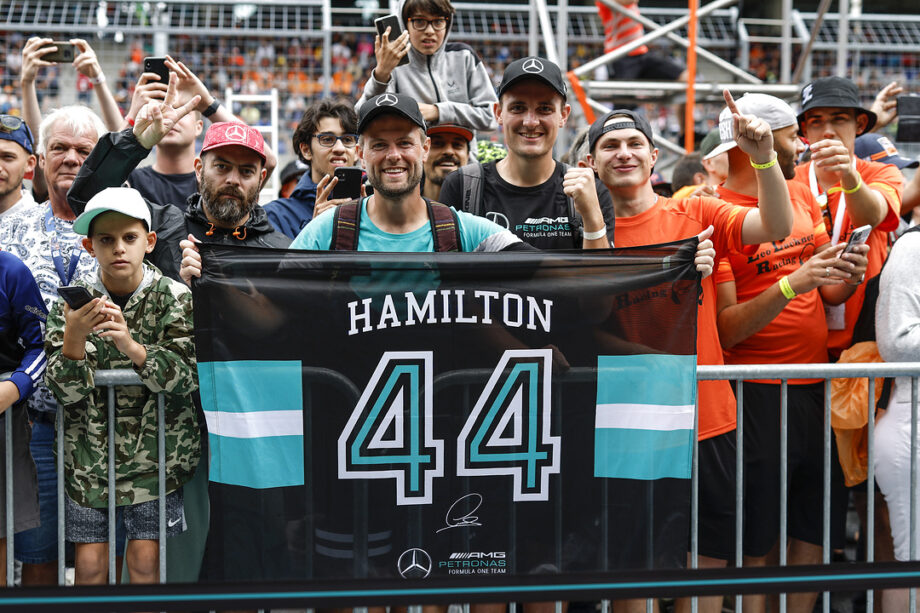 Amid reports of racist, sexist and homophobic abuse at the Red Bull Ring, especially aimed at Lewis Hamilton fans, Lewis says “you should be able to follow whoever it is you want to follow”.

Since Friday social media has been flooded with horror stories of fans receiving racist, sexist and homophobic abuse at the Red Bull Ring, from the crowd which was mostly made up of Max Verstappen and Red Bull fans.

Mercedes even welcomed into their garage a female fan who has been sexually harassed due to being a fan of Lewis Hamilton.

After the Austrian Grand Prix, Hamilton was asked to give his comments on these reports.

“Yeah, I arrived with a really positive mindset this morning and then I heard some of the things that had been said and just in a bit of shock,” the Briton said.

“And just really sad and just to know that people arrive on the weekend to have a great time, to celebrate, to enjoy their time off and enjoy a great experience.

“And you know, if you go to the UK, we’ve got a obviously a wide range of fans that go there. Here of course you’ve got a lot of the Orange Army.

“And so when we do the parade lap, you have to look quite hard to kind of see the neon caps, they stand out a little bit better but there’s, of course, not as many as the orange here.

“But just to notice someone sitting in a crowd supporting someone else is receiving abuse is… It’s crazy to think that we’re experiencing those things still in 2022.

“So, we have to continue to do more. It just highlights that it’s still an issue all over. And it comes down to education, and, of course, ignorance.

“And you should be able to follow whoever it is you want to follow. Doesn’t matter. And it shouldn’t matter, your gender, your sexuality, or the colour of your skin, you know, it should just be everyone here to have a great time.”

Asked how he thinks these issues can be solved, Lewis said:

“I’ve not given huge amount of thought in terms of coming up with solutions for what the sport should do.

“It goes back to some of the messaging that we talked about in terms of the stuff that we also need to do here within the sport, which is commit more to diversity and inclusion within our industry.

“Because that then reflects the direction we’re going and it also often does reflect what our fan-base looks like. It’s time for action.

“So, definitely need to utilise our platforms, as I just mentioned, but we really have to step up and actually really start actioning some of the things we’re saying.