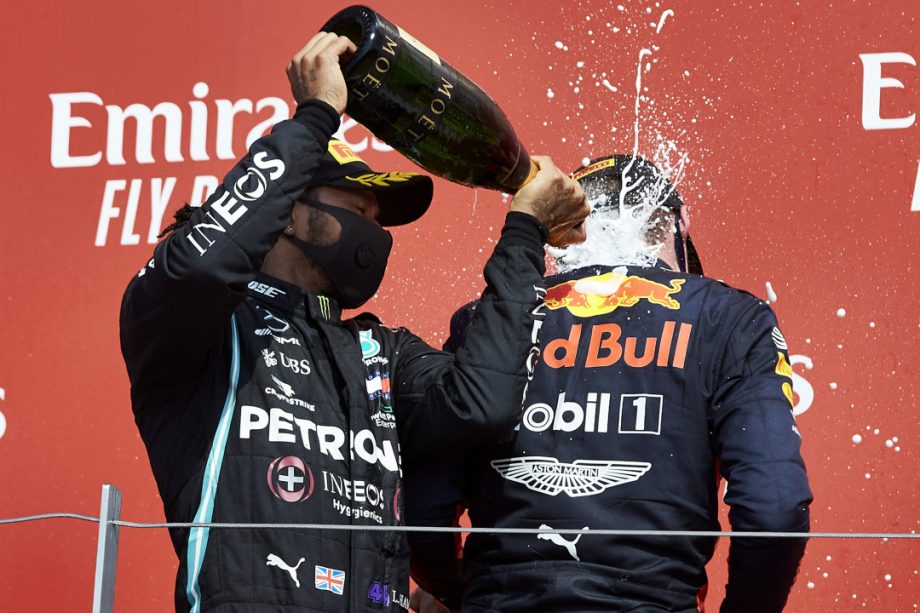 After losing out to Max Verstappen at the 70th Anniversary Grand Prix, in his radio message Lewis Hamilton gave a comment about Red Bull possibly having lower tyre pressure, which could have made their tyres last longer.

This was interpreted by several media outlets as accusations that Red Bull was cheating, as rules dictate all teams have to start with at least a certain inflation pressure, determined by Pirelli. Hamilton however denies this was the case.

“When we go out and we start the race we have minimal pressures and then during the race, they increase,” said the Briton.

“With more laps, they go on a steep rise and I assume that we just went on a much steeper rise and increase in pressures than [them]”

“In general, to look after your tyres, you need to keep the temperatures down and hence the pressures, so that wasn’t really my thought processes when I was out there.

“They must be able to keep their pressures lower than ours and that’s why ours were blistering and that was just a theory that I had.”

“I wasn’t saying that they have different settings compared to us because we all have the same minimum.”