Home F1 News Lewis Hamilton: “I am out of the championship, for sure”

Lewis Hamilton: “I am out of the championship, for sure” 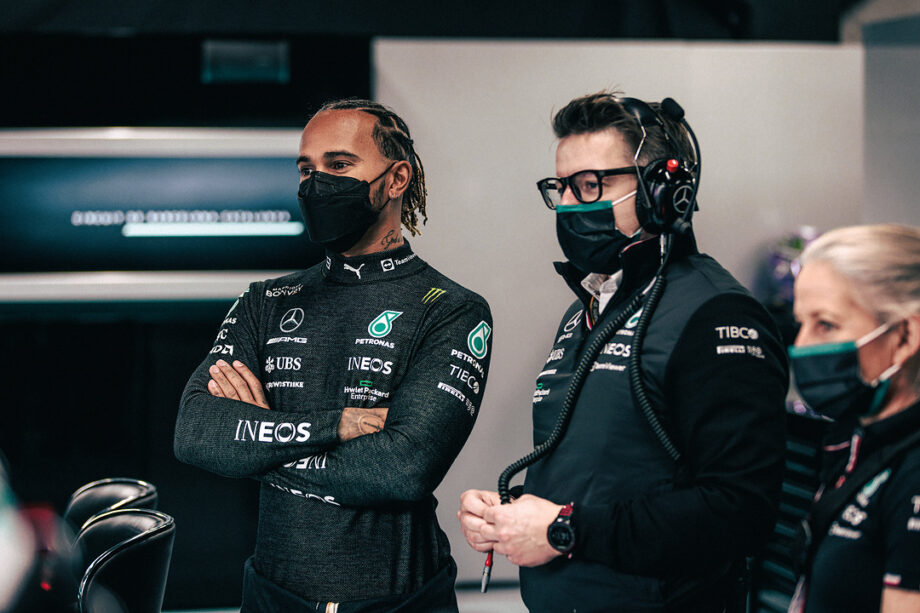 After a hard Emilia Romagna Grand Prix, Lewis Hamilton praised George Russell for getting “some points for the team” and apologized for not being “able to do the same”.

The Emilia Romagna Grand Prix weekend was the hardest for Mercedes yet, with Lewis Hamilton managing to get only P13 in the race, while George Russell managed to salvage the situation a bit and get P4.

After the race Lewis said he is definitely out of the title picture.

“I am out of the championship, for sure, there’s no question about that, but I’ll still keep working hard and try and somehow pull it back together somehow,” the Briton told the media.

“Everyone’s feeling it, and everyone’s just head down trying their best, there’s no-one that’s giving up, everyone is trying to move forward as fast as they can.”

Lewis then praised George Russell for being able to score good points for the team.

“I don’t really know what to say. It definitely isn’t easy. We all feel it as a team. At least George got some points for the team today, my apologies to everyone that I wasn’t able to do the same.”

As for the race itself, Lewis again found himself in a DRS train and wasn’t able to overtake Pierre Gasly.

“I really found it frustrating and I just wanted to move forwards. I just wasn’t close enough to  overtake. I was just a bit of a sitting duck today.”

Asked if he was looking forward to the next race in Miami, and an all-new track for Formula 1, Lewis said:

“I can’t say that I’m particularly looking forward to it at the moment, but I’m sure during the week I’ll get to a positive frame of mind.

“I’ll be at the factory tomorrow to work with the guys to see what we can improve,” concluded Hamilton.