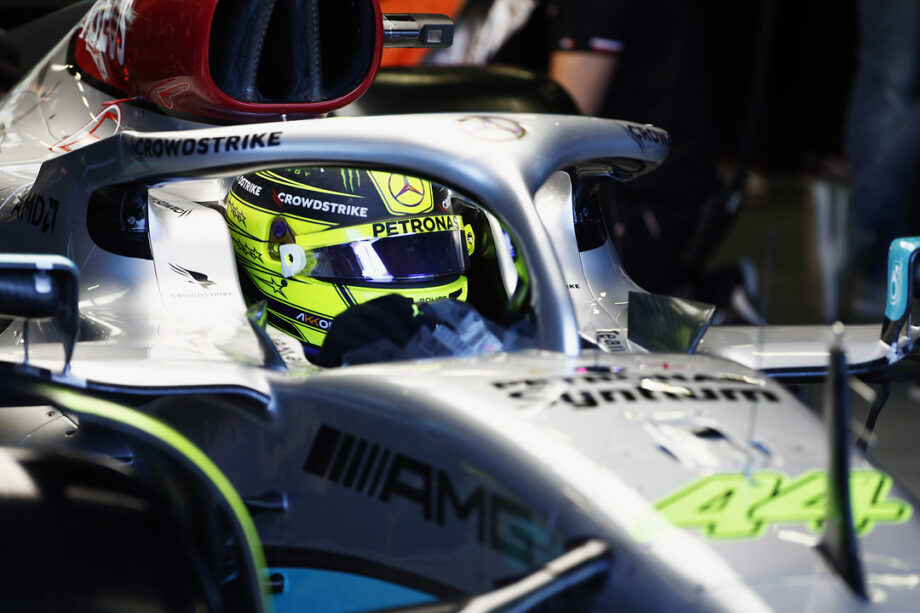 It was an optimised session but being over a second from pole is not where we want to be, it’s probably the biggest gap we’ve seen this year. It’s a tricky circuit, the most amount of ‘real’ corners we’ve experienced this season, so we have lots of work to do. The lap felt good, the car felt good but obviously the gap isn’t. We expect so much from ourselves and we’re working so hard to bring more performance, but definitely this weekend has brought out the strengths and the weaknesses from all of us. The feeling inside the car is okay other than down the straights, every single bump is the most rigid I have ever felt from any race car before and I can barely see the braking zone. But through the corners the car feels good, so we know it’s not a balance thing or not getting the car in the right window with the set up – it’s more the downforce. We’re balancing a lot of limitations to try and get the downforce. We know there’s a lot there, but we just don’t know how to extract it.

There’s lots to look forward to tomorrow! It’s a tricky and chaotic race with lots that can happen. It was a difficult qualifying session because we’re constantly pushing. We have a very, very small window where we can work this car, and everything we try doesn’t give us what we want. We’re making lots of changes, but we still encounter the bouncing which loses us a lot of performance. All of the performance is when you get the car low so we’re getting lower and lower but it’s bouncing more than the other cars and putting pressure on our bodies. But we’re still there! We’re just very slow on the straights, which might be a struggle tomorrow in the race. We’re going to give it everything and maybe we’ll have, I hope, better race pace. I don’t really have any concerns with the stewards. Firstly, I was off-line, and you have to be within a delta time and I was within my delta time. Within that delta time I should be able to drive the speed I want, and being off-line I wasn’t holding anyone up. I was trying to get a tow because we’re so slow on the straights and the guys behind didn’t want to go by, so then I just went off and did my lap.

I think the most we expected today was to be third-quickest on the road, but Gasly put in a really strong lap to get between us. There’s no doubt – the gap to the front is big. It’s a long lap time here and we’re lacking pretty much everywhere. I wish I didn’t need to look at these kinds of performance overlays in future with the guys up front. For tomorrow, if you look at it through rose-tinted glasses you can see hopefully the four of them ahead come together in turn 1 and then we can win the race. But I think on pure pace, it’s realistic to finish fifth and sixth. Strategy can play a big role, you can recover and make up positions if you are on the right strategy. We can gamble given the position we are in because when you’re the hunter it’s a different situation, so we’ll be looking at all options for the race.

We’d hoped that the car would have been easier to work with here than in Monaco but it’s not, and being realistic, the drivers did a very good job to qualify 5th and 7th. We did change quite a lot overnight and were able to improve a few areas of performance – our straight-line speed certainly looked a little better today. However, the gaps to Ferrari and Red Bull are huge and it’s the corners where we are losing the most. We’ve definitely got problems with bouncing on the straights but without that, we’d still be lacking performance, so we clearly need to work on a number of fronts. We’re at least at the right end of the midfield and will hopefully be in a position to pick up any places if either Red Bull or Ferrari have an issue but the long run picture from Friday doesn’t look like we’ll be in the same race as them from a pace point of view. Regardless, it’s generally a crazy and unpredictable race here so we just need to make the most of it and be ready to react if opportunities arise. It’s going to be hot and tough on the tyres so degradation will be important and no doubt play a part but overall, our goal is to secure third best team here and then be ready to seize any opportunity to move higher.