Home F1 News Lewis Hamilton: “We’re further behind than what we anticipated”

Lewis Hamilton: “We’re further behind than what we anticipated” 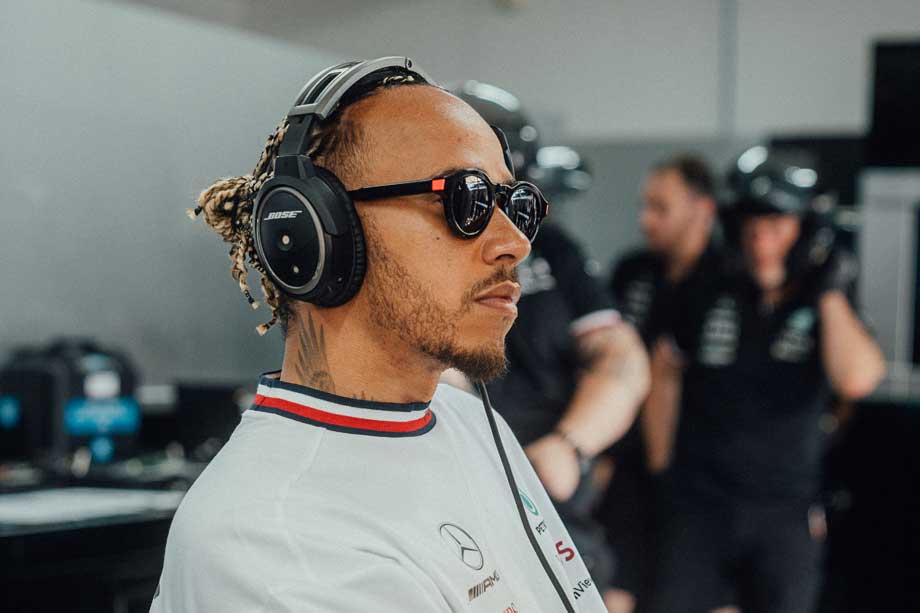 It was quite enjoyable to be back out there at this track as it’s quite a fun one in certain aspects. Some teams struggled more than others with the high temperatures. We only did five consecutive laps but we’re also probably a bit further off the pace than what we had hoped for. We have work to do tonight here at the track and back at the factories. There’s a lot to go over and we need to make sure we can optimise our pace for tomorrow. From the running today, it looks like we’re finding time but all the other teams keep bringing updates too, and the whole grid moves forward. So, although we’re finding time, our competitors do as well. And we need to look at the data to see if our upgrades are working as sometimes it’s not as simple as just seeing it on the lap charts.

Nyck did a strong job this morning, he was great out there and I’m grateful for the work he did. We made some changes from FP1 to FP2 which is crazy considering I haven’t even driven the car yet. We still have a lot of work to do, we’re not spectacular here and I don’t know why, so hopefully overnight, we can make a little bit of a step forward as we’re further behind than what we anticipated for this weekend. We need to dig deep into the data, but it looks like were lacking downforce today. It wasn’t the best session for me, mostly because I missed the first one. I tried to get up to speed, but it was very hot here and there are a lot of slow laps so overall, I think I did alright.

I’m very grateful for the opportunity, it was a great experience. Obviously, it was very cool to be back in such a fast car and a bit of a reset of what I’m used to. All in all, a great session and great opportunity. We went through all test items and managed to do quite a bit of work for the team. It was a good session, it felt quickly on the pace and I felt comfortable with the car. The team was very supportive, and we got the information that we needed. Lewis was amazing and also very supportive. I also had Angela by my side as well which was really sweet. So overall a very productive session.

Firstly, Nyck did a great job for us in the morning session. Considering how little time he’s had in the car, it was impressive how quick and consistent he was. We used the session to get through a test programme varying the car specification each run and we’ve acquired some useful learning on the back of it. George was evaluating some update parts through the first session and wasn’t particularly happy with the balance of the car but managed to get it closer to his liking in the afternoon. This is the first time that one of the race drivers has had to sit out an FP1 session and Lewis had his work cut out trying to recover the lost time – he wasn’t particularly happy with where the car was and we need to work on that overnight, but we’ve got a pretty good idea of where we want to go on setup. For one reason and another, we didn’t get as much work done on high fuel as we’d have liked so we don’t really know how we compare to RedBull and Ferrari but we do at least look closer to them than to the midfield. We’re not expecting to be on their pace tomorrow, both those teams looks like they are very strong on a single lap, especially Ferrari but hopefully we can get a bit closer in the race on Sunday.