Home F1 News Lewis Hamilton: “We’ve got lots of work to do to close the gap”

Lewis Hamilton: “We’ve got lots of work to do to close the gap” 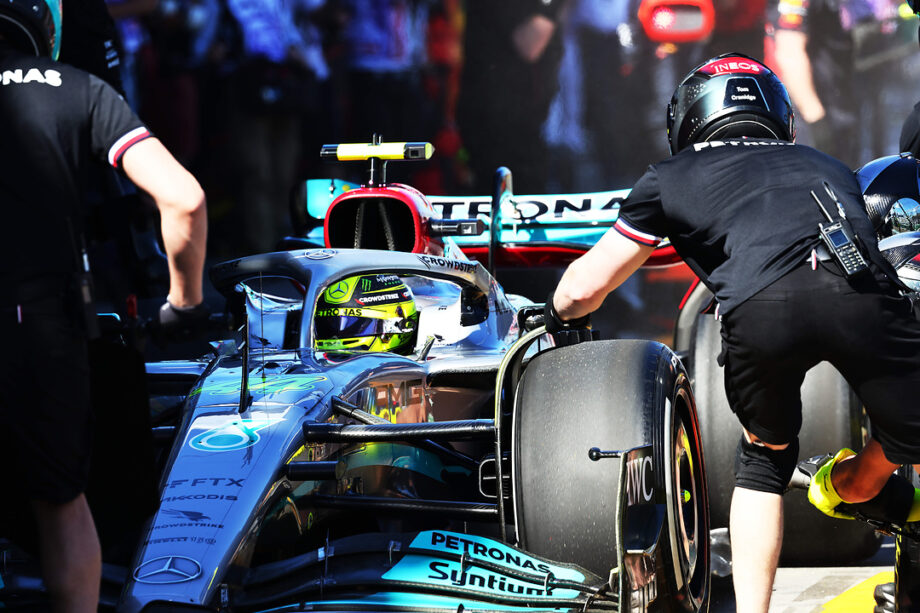 We’re not in a position where we want to be, there are quite a few midfield cars ahead of us and we’re obviously a long way off the pace from the front. We need to work hard tonight and understand the limitations. The car actually felt alright, we’re porpoising pretty bad into turn nine but I think that’s something we just have to deal with for the time being. We believe how we set the car up was the fastest way around the track but maybe it’s not, so we’ll be working hard tonight to understand more. Driving is always cool, especially driving round a circuit like this – it’s just more fun when you jump out of the car and see your name near the top of the timesheets!

FP2 was a difficult session, we tried a few changes but the car didn’t seem to want to improve. FP1 was better but it’s just a tricky car to get working. It’s frustrating because you’re pushing and pushing, and even when you pull off a good lap, you look at the times and we’re over a second down. We’ve got lots of work to do to close the gap.

We’re finding it hard to generate tyre temperature here so that’s the big thing we need to work on overnight. We were clearly more competitive in the first session than in the cooler conditions of the afternoon session, and the data we’re seeing from the car is supporting the fact we’re just not hot enough. If we can improve that then it’s quite possible to find a good amount of grip but at the moment, we’re in a vicious circle where the drivers don’t have the confidence to carry the speed through the faster corners, and it’s that speed that will generate the temperature we desperately need. So, not an easy day overall but we’re getting used to those this year. We already have some ideas of which direction we can go with the setup and will do more work overnight in Brackley to understand those changes better, so fingers crossed we can move forward overnight.