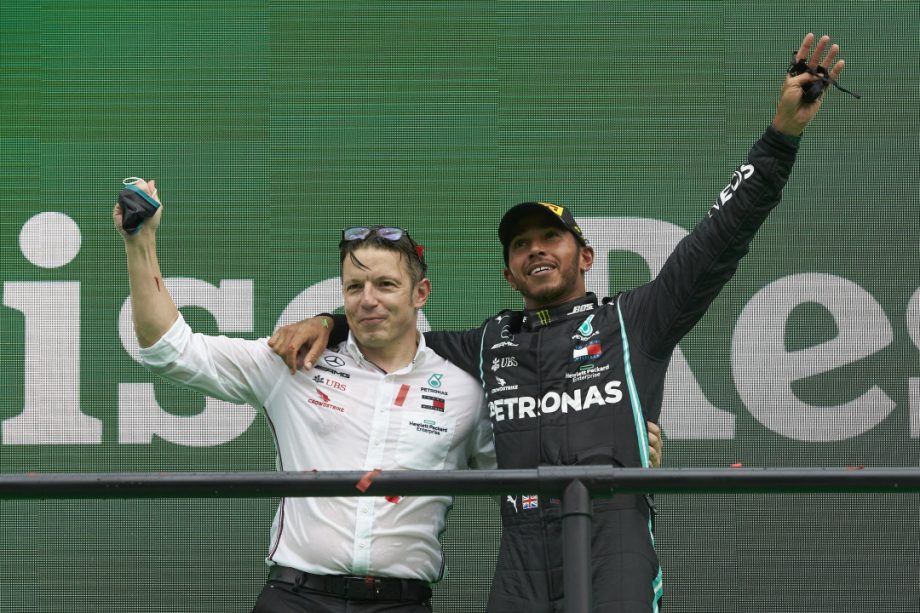 Peter Bonnington – Bono has been Lewis Hamilton’s race engineer since Lewis joined Mercedes back in 2013. He is the person that you can hear talking to Lewis on the radio, and the one who coined the phrase “It’s Hammertime”.

Bono is always present at the tracks during race weekends, however after the Austrian Grand Prix Qualifying, Toto Wolff revealed he did not come to Austria, and instead he remained in England. He is being replaced at the track by Lewis’ performance engineer Marcus Dudley, and Dom Riefstahl.

“Bono is not here and that’s always bad,” Wolff said.

“It’s bad for us as a team because he’s an integral part and since 10 years he’s standing right to me and I keep watching him.

“But he’s at home, he’s back connected to the intercom, so we are speaking to him all the time and Marcus and Dom will do an okay job,” the Austrian concluded.

To find out more about Bono, and his relationship with Lewis, you can read our in-depth profile on him.