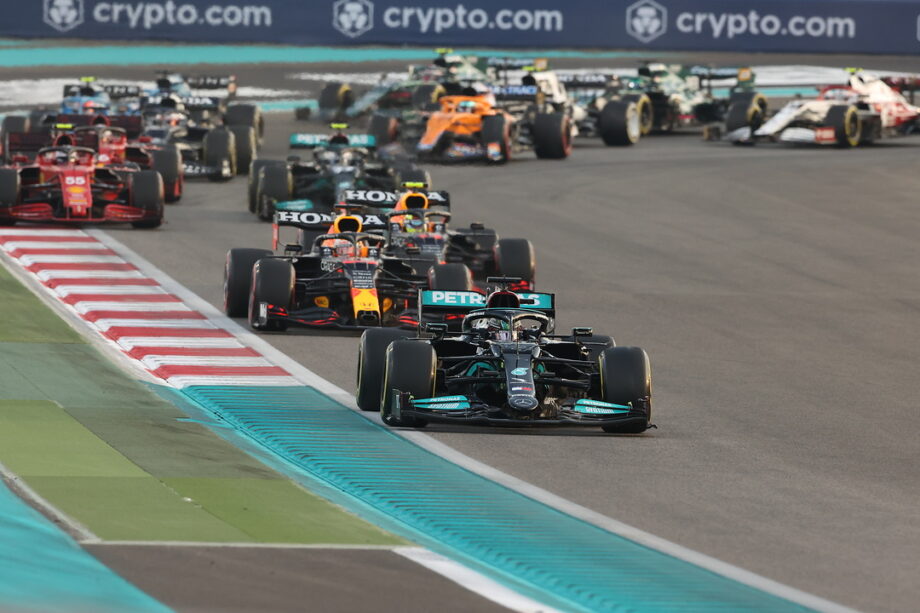 Max Verstappen says he needed “a miracle” to win the 2021 Abu Dhabi Grand Prix, and he believes he “got it” in the final moments of the race.

At the 2021 Abu Dhabi Grand Prix, Lewis Hamilton lost the title fight to Max Verstappen, after race director Michael Masi disregarded the rules that govern the use of the safety car.

This allowed Max to overtake Lewis at Turn 5 on the final lap of the race, on softer and much fresher tyres.

In a talk with Sky Sports, ahead of the 2022 Abu Dhabi Grand Prix, the Dutch driver admits he had not chance of winning that race if “a miracle” didn’t happen.

“We just didn’t have that pace like they had,” Verstappen said.

“And yeah, it didn’t look good. We tried a different strategy as well, but it wasn’t catching enough, you know, to close that gap.

“At the time I was like, OK, we might not win it, but I’m still going to remember this year as an amazing season.

“I mean, what we have done as a team, you know, to overcome that deficit we had to them over the years, I think we can be really proud of that.

“But I also said to myself, ‘I’m still going to give it everything I have, every lap until the end’. Christian [Horner] even mentioned it on the TV, right? We need a miracle right now. And we got it.”

The “miracle” Verstappen is talking about is Nicholas Latifi’s crash, which brought out the safety car. However, if the rules were followed, the race would have ended under said safety car.

Michael Masi’s blatant breaking of the rules is what actually allowed Verstappen to win the race, and that is the actual “miracle”.

“This guy [Latifi] needs to move as quickly as possible,” Verstappen contined.

“We need to race. Yeah, for sure – that was my only chance.”

The FIA later tried to justify Masi’s decisions by saying that his primary focus was to make sure the race doesn’t end under the safety car. However, it was impossible according to the rules, so he had to break several of them to make sure there were green flag conditions at the end. You can read an in-depth look at the situation here.

This is the exact reason why even a year later many fans and observers consider the result of last year’s championship to be illegitimate.

Max Verstappen has a different view on what had happened in those final moments of the race.

“I think is always hard to please everyone,” he said.

“Because here we did race, then in Monza [in 2022], we didn’t. And then people are also complaining. So, what is right, not racing or racing?

“It is always the one who loses out will complain that it’s wrong, not the one who benefits from it. That’s how it works.

“To just cross the line under the Safety Car always feels like a bit of a shame, really.

“I’m nervous, there were a lot of nerves. This was the most important lap of my career up until that point… it’s going to be a world championship or not.

“And then the worst thing what happened was I crossed the line [for the final lap], and I got a cramp in my right leg.

“It was the most nervous a lap of your life and then also dealing with a cramp struggling to stay full throttle. I couldn’t control my leg! It was terrible.”

“It was the biggest emotional outburst of my life, people were going crazy, people were crying,” Verstappen concluded.