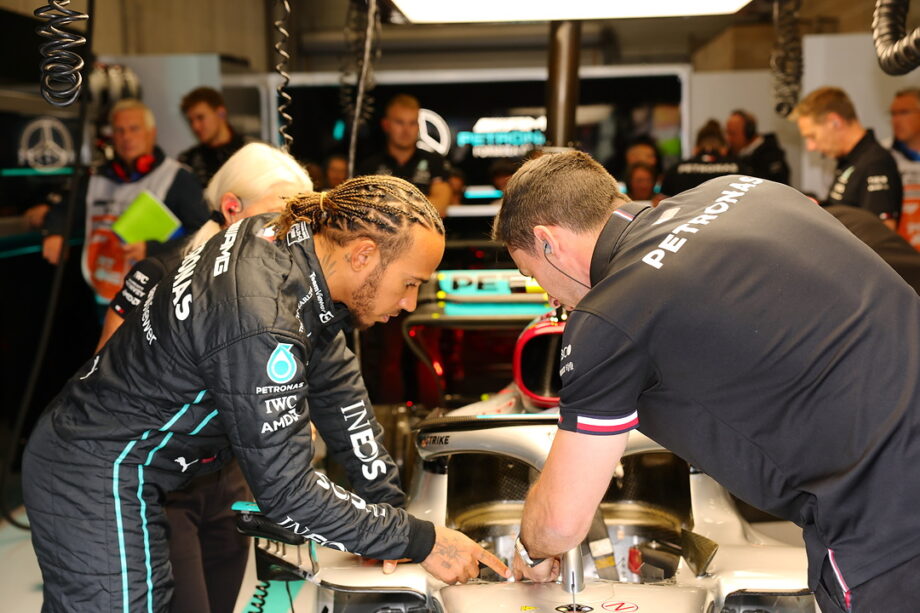 Mercedes’ James Vowles says early in 2022 “when we had a car that was difficult Lewis was using his wealth of experience to help us in order to improve the car”, while George Russell was “focussed on learning, embedding himself into the team”.

For most of the 2022 season Mercedes has been struggling with its car, especially in the first half of the season.

During that time, Lewis Hamilton was using his experience to test newest developments and more outlandish setups, in order to help the team learn more about the car, often at the expense of his own performance.

In Mercedes’ season review video, while talking about George Russell’s performance this year, the team’s Motorsport Strategy Director James Vowles once again explained how much Lewis helped during that difficult period.

“I think on a whole it doesn’t really take us to tell you this but George did a very good job this year,” Vowles said.

“He is against the best in the world and that’s your reference. What is very clear is that at the beginning of the year when we had a car that was difficult Lewis was using his wealth of experience to help us in order to improve the car and really move us forward as a part of the team.

“George in that period of time was just really focussed on learning, embedding himself into the team and he scored a number of results really that benefitted him as a result of that.

“Irrespective, his qualifying pace I think is within a tenth of where Lewis ended up, his race pace was very, very strong throughout the year.

“It was a big step up for him from Williams, I think where Williams operated is obviously very high level, where we operate is a little bit different to that.

“I think he adapted very quickly and very well.”