Mercedes says it’s not “necessary” for Hamilton to switch engines 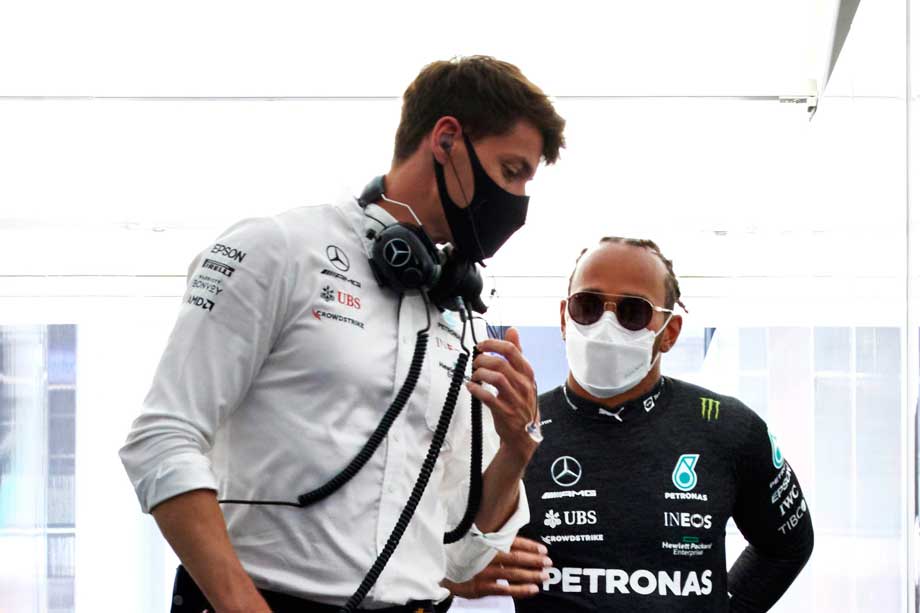 Lewis Hamilton says taking on a new engine and getting a penalty wouldn’t “be the smartest thing to do at this point”. Toto Wolff says it might not be “necessary”.

Mercedes has decided to give Valtteri Bottas a new power unit, which exceeds the number that he is allowed to use in 2021. This means he will receive a grid penalty and start the Italian Grand Prix from the back.

Since there are fears that Lewis Hamilton will have to take a similar hit before the season is over, the Briton was asked to give his thoughts.

“I don’t think that is on the cards and I’m not sure that would be the smartest thing to do at this point,” Lewis said.

“At the moment, I have still got two engines and there is currently no plan for me to take an extra engine, hopefully, but we shall see.”

Mercedes team boss also confirmed an engine swap is “not an absolute must”.

“No, it’s not an absolute must, because we are still running very comfortably with this power unit,” the Austrian said.

“It’s a decision that that can be made at any time, but at the moment, we don’t feel it’s necessary. Does that mean we’re not going to take a fourth? No, it doesn’t.

“I think we will see how the next races pan out,” concluded Wolff.