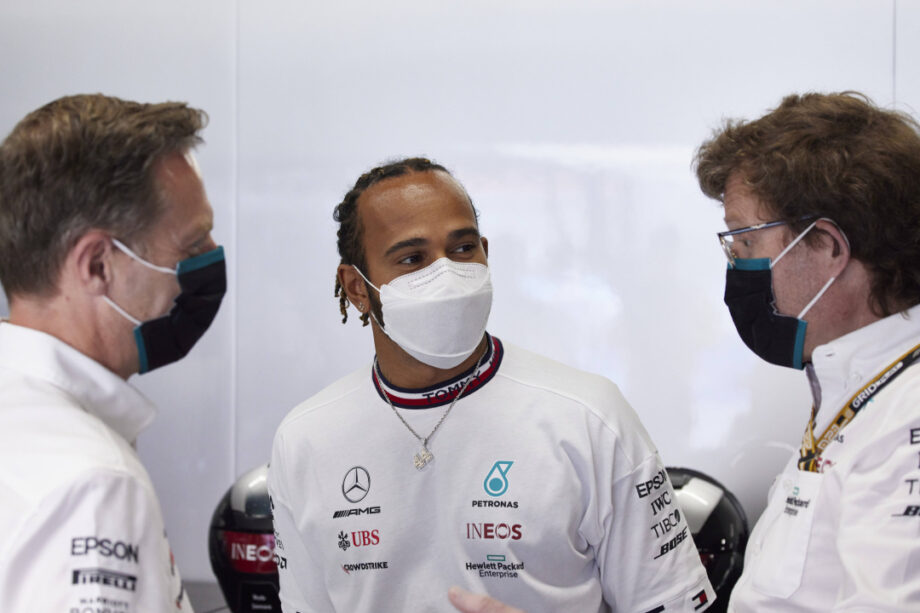 After stopping the development of their 2021 car, Mercedes has impressed everyone with the pace they have shown at the Turkish Grand Prix.

After months of not being able to match Red Bull’s pace, Mercedes completely dominated the Turkish Grand Prix weekend.

Not only did Lewis Hamilton and Valtteri Bottas dominate qualifying, Bottas also dominantly won the race, while Lewis would have undoubtedly been at the top of the field, had he not had to serve an engine-related penalty.

After the race, Lewis said he wasn’t sure where the improved performance came from.

“Well we haven’t done anything to the car, so I don’t really know why that is the case,” the Briton said.

“I think the two tracks that we’ve just driven on [Sochi and Istanbul], maybe suited us a little bit more. The car has been feeling great, felt good this weekend.

“Valtteri did a great job, if he continues to perform like that over the next few races, it will be good for the team.

“If the car continues to behave as it has this weekend, that’s good for us.”

“We’ve had a run of good form in the dry, and we’ve shown good pace in the wet, and it looks like a car that can win championships,” Shovlin said

“If you go back to the early part of the year with the decisions that were taken on development, trying to balance the two years, one of our worries was at this end of the year, are we still going to be able to stick the car on pole, to get a front-row lockout, and to control a race?

“It’s really reassuring that we’re getting into the last six and we’ve shown we’ve got a package that can out qualify [Red Bull] on a Saturday and outrace them on a Sunday.”

Nevertheless, Mercedes Chief Technical Officer James Allison says the performance might not be the same on all remaining race tracks.

“One of our engineers this weekend spoke about the tyres as being in a sort of Goldilocks place this weekend: not too hot, not too cold on an asphalt that is particularly picky,” Allison said.

“We knew that we were very strong but we also knew that the margins between this strength and being more average were quite slender.

“A few degrees here or there and we could have been out to the Goldilocks zone on the hot or the cold side.

“So, it was a very good performance, the car was very well balanced, we didn’t seem to suffer as much from the understeer that was fairly prevalent up and down the pit lane this weekend.

“But I don’t think you could read that automatically into the races to come.”

However, Allison says Mercedes’ recent performances do allow for some optimism.

“In Silverstone we put a decent upgrade package on our car, and it has sort of made our season a happier place.

“In the races since then, I think there has only been one where we were comprehensively beaten and that was Zandvoort.

“On the others I think arguably we have shaded it with the quickest car and in a couple of places, like Istanbul and Sochi, we were proper good. Monza too, good as well.

“On average I think we have shaded it but in most of those places where we have been the quicker car, it has been more of a sort of coin toss than a sort of guarantee.

“What I think that means is that we at least are in the fight,” concluded Mercedes’ technical boss.