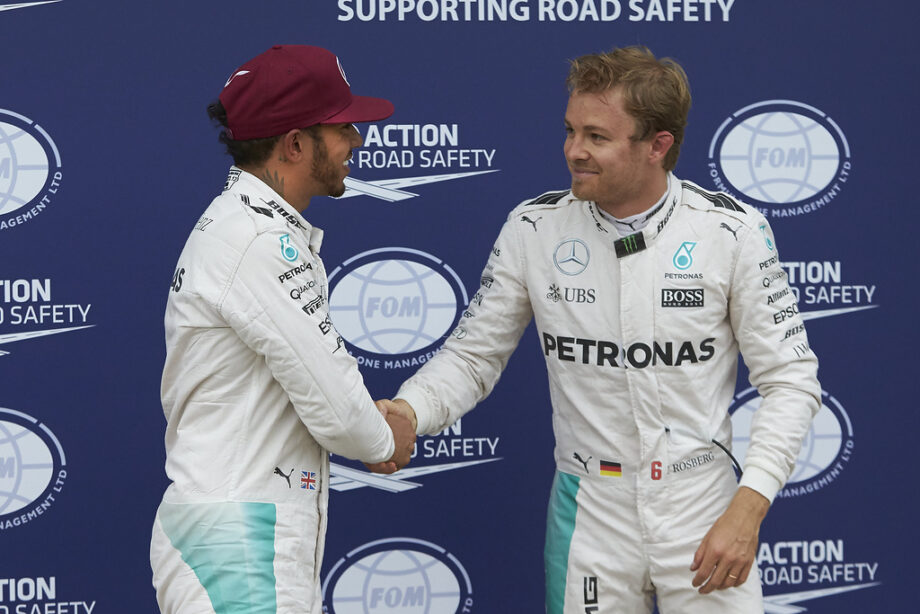 Former Mercedes driver Nico Rosberg says Mercedes should have left “that wingman” in George Russell right behind Lewis Hamilton in the final stages of the Dutch Grand Prix.

At the Dutch Grand Prix, Mercedes decided to keep Lewis Hamilton in P1 on old medium tyres during the Safety Car period, leaving him vulnerable to Max Verstappen, who switched to fresh softs.

However, Mercedes also switched George Russell to softs, leaving Lewis without a buffer between him and Verstappen.

This ultimately cost Lewis a potential race win, and an almost certain podium position, as he finished the race in P4. Team boss Toto Wolff later said that he “would rather take the risk to win with Lewis than finish second and third”.

2016 F1 champion Nico Rosberg says this was not the way to do it.

“The most important thing for me is if you do decide to take the risk to go for the win,” the German said.

“As they wanted to do with keeping Lewis out on the medium, do it properly. You have to leave that wingman there in George right behind, because that is going to increase the chances for Lewis so much to get that win, by holding back Max.

“The way they did it was taking a risk that was never really going to work because Max was just way too quick from the get-go with that soft tyre.

“That’s the thing they didn’t get quite right but, of course, it’s difficult to decide on that in that moment.”

When Lewis realized he was left all alone on old medium tyres, he expressed his frustration to the team over the radio.

“It was double horrible [for Hamilton]. For one, he gets passed and loses the win and then his team-mate comes flying past which is really not a nice feeling, trust me on that one.

“It was one thing coming to the next so it was really a horrible experience for Lewis. Then you get really frustrated like crazy on the radio, that is totally understandable.

“Already after the race, he was starting to compliment the mechanics again so he found his composure again, which is a class act,” Rosberg concluded.