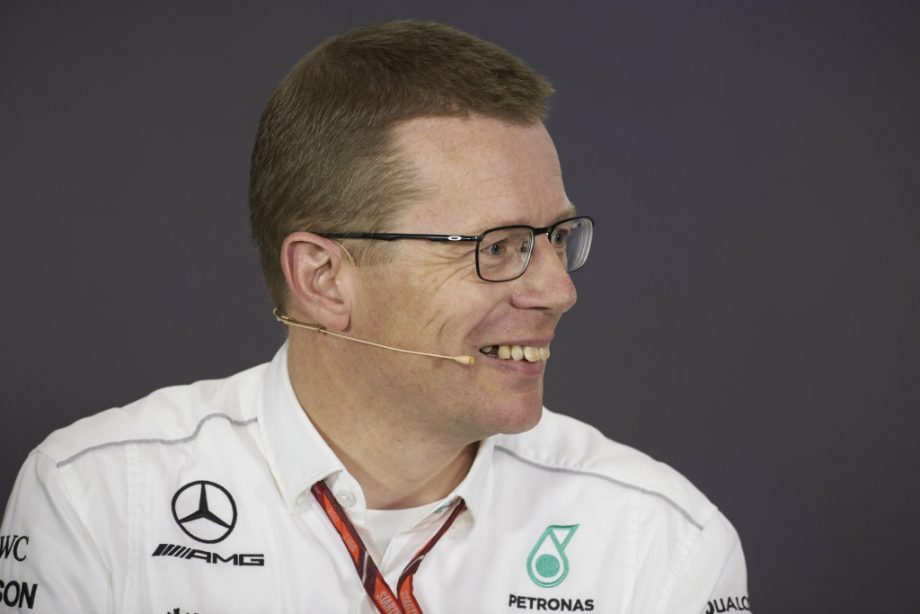 Question: Andy, our 2020 car will come with a completely new Power Unit, the Mercedes-AMG F1 M11 EQ Performance. What can you tell us about the new PU?

Andy Cowell: We’re in the seventh year of the technical regulations for the Power Unit and it gets tougher and tougher to find performance gains under stable regulations. So we have had to develop an even wider area of the PU. We have looked at every single system. We have looked at improving our combustion efficiency, our drive systems and the ancillary systems on the PU. But we have also worked on things like the efficiency of the electric motor, the power module efficiency, and the pure conversion efficiency. We have investigated the losses that occur as we transmit energy around the Power Unit, we’ve been trying to reduce friction and bearing losses through coating work, and we have also reduced the heat rejection to the car. We have optimised techniques within the design process and introduced new materials with improved properties. And all that work must be done within the usual constraints of a racing car, where the hips of the Power Unit can’t get any wider over Christmas and the scales are not permitted to indicate a gram more. For any new systems we had to make sure that they would be offset by weight reductions on the existing systems. So overall, we have worked on a huge array of projects, and when summed together they will hopefully help propel the car around the track quicker and give the aerodynamics team more opportunities to improve as well.

Question: With only small changes in the Power Unit regulations for seven years, how difficult is it to still come up with new ideas to improve performance and reliability?

Andy Cowell: The hardest thing is having the correct mindset. There is no such thing as perfection, there is always the opportunity to improve and all of us have that mindset. We’re always improving every detail – the materials, the hardware and ingredients, but also things like our design tools. The mindset of everybody here is very much that the moment you have completed something and released it to go racing, you know that there are areas to improve. You know there are areas where you can get better. Being self-critical and keeping an open mind is at the core of that mindset. You need to say: ‘Well, I have done that, it is going racing – but I know that I can get that material that’s better, I know that I can use that improved manufacturing process, I know that the capability of that machining centre has improved and therefore the tolerances can be lower, I know that that company in that country somewhere on the planet has developed a new coating that is better and I know that if I can bring all of that together, I can ultimately deliver a system that will be better than what I did before’. And that’s the journey we are continuously going through regardless of whether the regulations change or not.

Question: One of the small changes that we will see in 2020 is a second fuel flow meter. How does that work and why has it been introduced?

Andy Cowell: It’s a change to the regulations to ensure that the rule that is most pertinent to power delivery, which is the maximum fuel flow rate of 100 kilograms per hour, is not breached. The FIA did some great work developing the fuel flow meter in time for the first race in 2014 and year on year, they have done more work to make sure that the maximum fuel flow rate is firmly policed. The introduction of a second fuel flow meter is a very robust step forward in policing to make sure no team goes over 100 kilograms per hour. The second meter uses the same principle as the first one and sits in the same location, the fuel cell of the car. But there’s one crucial difference – while the teams can see the output of the first meter, they can’t see the output of the second one, that is only to be viewed by the FIA.

Question: Lewis’ third Power Unit had amazing mileage last year. What steps did we take this year to make sure we keep this good level of reliability and even raise the bar?

Andy Cowell: We were very pleased and proud of the reliability achieved with Lewis’ hardware, but we were saddened by the low-life failures that we experienced with other drivers and that’s what we are focusing on. We are concentrating on understanding the reasons, the quality issues that we encountered and we are working hard to make sure we have got robust containment in place based on the root cause of those issues. 22 races mean one Power Unit needs to do eight races, so there is an increase in the number of cycles that all the hardware needs to do, putting an even bigger emphasise on reliability.

Question: We faced some challenges last year when it came to cooling the car. How can we make sure this doesn’t happen again this year?

Andy Cowell: At the beginning of last year, the cooling capacity of our car was insufficient, which resulted in some challenging races. At the opening two races, when it became clear we didn’t have enough cooling capacity, we started working on proving out the Power Unit at higher temperature limits. By Austria we had managed to prove out an extra four degrees on the water temperature which helped make the Spielberg race slightly more bearable, but it was still a very painful weekend for the team. Since then, we have continued that trajectory, so we’re trying to contain the total heat rejection that needs to be cooled by the chassis cooling systems. For this year, we are putting significant effort into making sure that all the cooling fluids on the Power Unit operate at a higher temperature. This increases the temperature difference between that coolant fluid and the ambient temperature that we are racing in, which increases the effectiveness of the cooling system. That’s a tough challenge though, because large parts of the engine are made from aluminium and the temperatures that we are operating at mean the material properties are decaying quite rapidly. Managing that over an eight-race distance Power Unit cycle is a tough engineering challenge but that’s what we are striving for. As Power Unit engineers we don’t just focus on crankshaft power, we also focus a tremendous amount on the packaging and reducing the overheads for the aerodynamicist, so that they can mainly focus on keeping the car planted through the corner.

Question: Since last year, we now have a Mercedes works team in Formula One and Formula E – and Brixworth leads the powertrain development for both series. What learnings can we take from Formula E for our Formula 1 programme?

Andy Cowell: Formula E is a fascinating championship with the electric machine as the only device propelling the car. Therefore, the efficiencies of that electric machine, the inverter and all the control systems are paramount, and the torque accuracy delivery is crucial. Some of the development learning there has now fed back into Formula One, so from Melbourne this year, our Formula One hybrid system will benefit from our Formula E development work. We’ve also made some manufacturing improvements that originate in the FE programme. We manufacture our own electric machines and some of the techniques developed for Formula E are being applied to the Formula One electric machines this year as well. This is exciting to see; in the past, we’ve seen gains from the Project One development feed back into F1, now we are also seeing Formula E engineering and manufacturing technology feeding back into F1.

Question: Are there any negative effects in terms of participating in two competitive racing series at the same time?

Andy Cowell: Having two highly competitive series to do engineering work on is initially a strain, because it takes a period of time to find the right people for the new series. Some of those people have transferred from the F1 team, some have been recruited from outside. However, I think overall it is a benefit because it provides opportunities for careers to flourish on new technology, on a new series and now we are seeing the ideas flow between both. Both powertrains will benefit as a consequence.

Question: You’ve already mentioned Project One. We have one of the most efficient petrol engines in the world, what can the automotive industry learn from out F1 Power Unit in terms of efficiency?

Andy Cowell: I think the hybrid architecture of the F1 Power Unit is the direction that the automotive industry is going in because there are benefits from recovering waste energy and we have shown that since 2014. So to be able to put the kinetic energy of a vehicle into a battery via an electric machine to slow the car down rather than using brakes that just put the heat energy into the atmosphere – it’s something that we have been working on in F1 since the KERS days and it is a big part of Formula E as well. And then it’s just the conversion efficiency of every single step – the combustion conversion efficiency and the reduction of friction, for example. I think we’re also very good when it comes to using lightweight components and that has a knock-on effect on energy consumption because every car will use less energy if it is lighter. In addition, I think the automotive industry can also learn from F1 in terms of the development process, and the fast-paced, bold innovation. I think that’s something that is useful not just to the automotive industry but all industries that are developing products.

Question: What has PETRONAS and the team been focusing on with the fuels and lubricants, and how important are they for both performance and reliability for the new engine?

Andy Cowell: The technical partnership with PETRONAS continues to work hard on improving the fuels and lubricants and understanding the systems that interact with them. It gets harder and harder with time, to find significant gains, however that technical relationship helps understand the systems in great detail and therefore makes breakthroughs that, when added up, help to significantly improve the performance of the car in both qualifying and in the race.