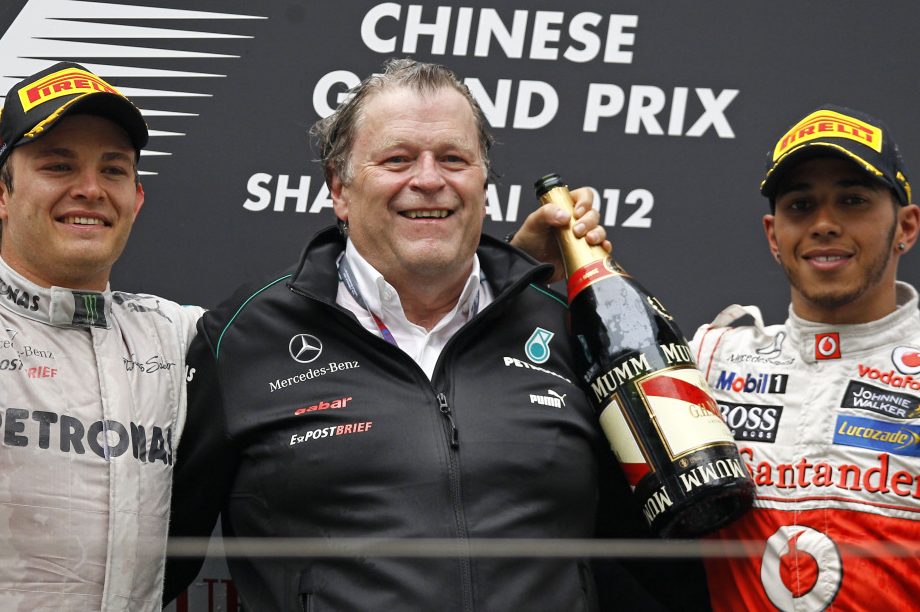 After Hamilton equalled Schumacher’s most career wins record the Dutch version of motorsport.com talked to Haug about the two drivers.

“If they had both driven against each other in the prime of their lives, there would probably only have been a few thousandths of a second between them,” said the German.

“Both drivers also have the greatest possible respect for each other. That’s good to see. I’ve never caught one of them saying a bad word about the other.”

Haug went on to says the different lifestyles of the two champions doesn’t reflect a difference in mentality.

“They’re both perfectionist, always asking questions and always wanting a very long debrief. That’s why they could also get on your nerves.”

The German also addressed the rumours that Schumacher was ‘pushed out’ of Mercedes to make way for Hamilton in 2013.

“Very few rumours from the F1 world actually seem to be true, and that counts for this case too.

“Nobody retired him. It was a structured process. In a way, he laid the foundations for Lewis’ records.”