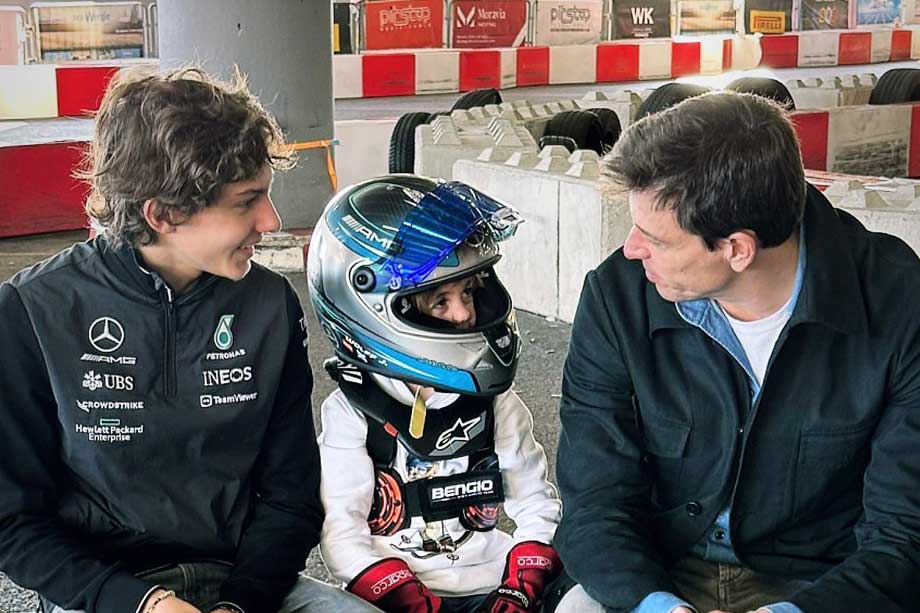 Jack Wolff, five-year-old son of Toto and Susie Wolff, has tried out karting at an indoor karting track in Monaco, and he was joined by Mercedes’ Kimi Antonelli.

Mercedes has posted a photo credited to Susie Wolff, which shows Toto, their son Jack, and Mercedes junior driver Kimi Antonelli at a karting track in Monaco.

Young Jack spent the day trying out karting, and Kimi was on hand to help him out. Considering that Susie is a great racer in her own right, while Toto also raced in his younger days, it wouldn’t be surprising if Jack turns out to be a great talent in the future.

You can take a look at the photos below.