Home F1 News Toto Wolff reveals why he had to miss Mercedes’ 1-2 in Brazil.

Toto Wolff reveals why he had to miss Mercedes’ 1-2 in Brazil. 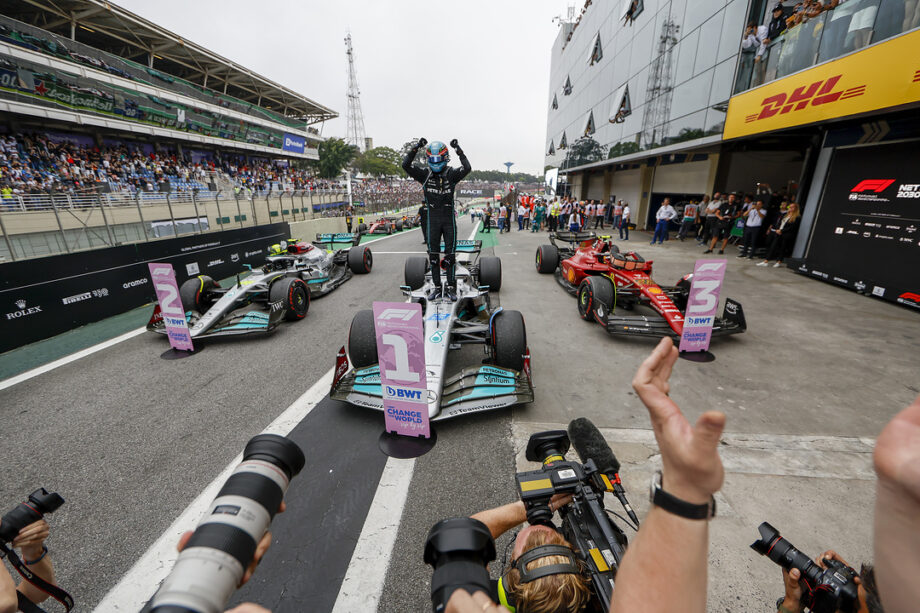 Toto Wolff did not attend the 2022 Sao Paulo Grand Prix, a race that ultimately turned out to be Mercedes’ biggest triumph of the year. He reveals why.

Toto Wolff only missed three races since he became the team principal of Mercedes. One of those races was this year’s Sao Paulo Grand Prix.

The race ultimately turned out to be Mercedes’ biggest triumph of 2022, and the team’s only victory of the season (not to mention a spectacular 1-2).

During his appearance of F1’s Beyond the Grid podcast, the Austrian revealed the reasons for his absence.

“It was another interesting experience that I didn’t think I would have,” Wolff said.

“I was already in Abu Dhabi, I had some commercial meetings to do there. I sat in the hotel room with the full intercom being built up, so I was able to listen and speak to all the channels I would normally have.

“I had the timing screens built up, the TV feed, so it was literally the same situation like in the garage. I didn’t think about being in a hotel, because I just immersed [myself] into the situation.”

Wolff says he was proud of the team for what they achieved, and was happy to give other team members the spotlight.

“When we won, Susie said to me: ‘Well, I bet you regret not being there.'”

“And I didn’t, actually, not at all, because it is always about me, and the drivers. We’re giving interviews, we stand in the spotlight, we’re taking all the credit for the work that’s been done by others.

“Me not being there was a sense of pride, pride of the people that were there and pride of the factories, and me not taking sunshine away [from the others].

“We have Shov [Andrew Shovlin] speaking, and Bradley [Lord] and James [Vowles], and they are the heart and soul of the team.