Home F1 News Toto Wolff: “We were a tenth up on Verstappen and Leclerc”

Toto Wolff: “We were a tenth up on Verstappen and Leclerc” 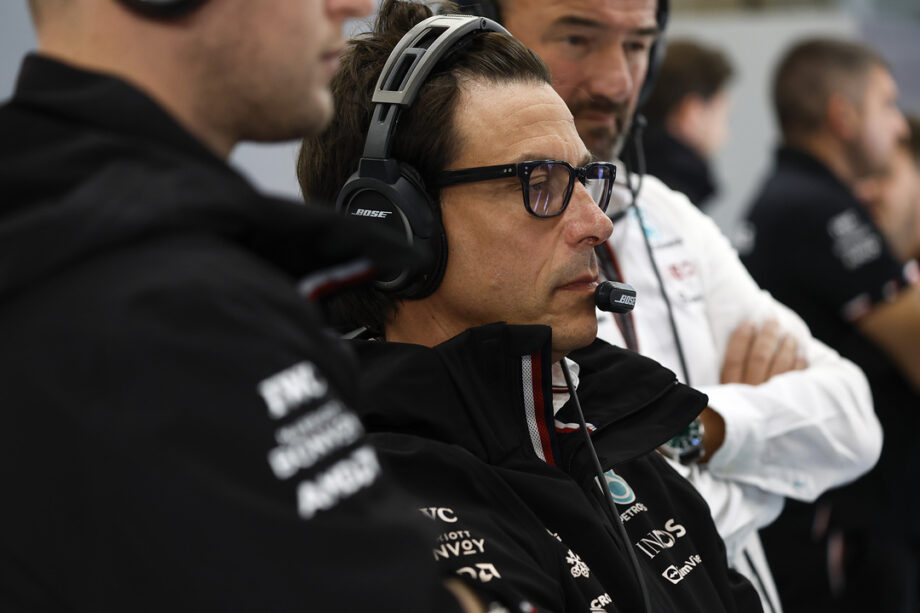 That final lap was a good one, coming into the final sector I was definitely up and I saw the car facing the opposite direction and had to lift, that lap could have been good enough for at least third but I’ll see if I can replace that tomorrow. I’m happy our car is much, much better this weekend, that’s exciting. Throughout qualifying I was just a tenth behind the Red Bull which gave me a lot of belief that we could just maybe make the difference but it wasn’t meant to be. I’m really happy with where I’ve got the setup and balance of the car, I hope degradation comes into play tomorrow and we can have the upper hand. The aero characteristics of the car work much better here, last week we had to run our car higher and that small window where our car likes to operate in is much easier to find here.

I think on a circuit like this, there is so much track evolution and when we are already on the back foot, we felt like we need to give it everything and that was our strategy in Budapest as well. The track kept evolving and if you are the last one to cross the line, you are going to hopefully get the best of the track so it goes both ways, you can look like hero or zero. And obviously today it didn’t quite work for us but P6 isn’t a terrible place to start and the run into Turn 1 and those first few laps will be vital. But I see no reason why we can’t fight for a podium. I hope the sun comes out and combined with the orange fog, creates a bit of temperature in the atmosphere tomorrow. We understand why we were slow in Spa and why we are faster this weekend, so I think these two races have been key to our understanding of how to make a faster car across 23 races.

It was frustrating not to have the chance to improve our times on the final run of Q3, we were a tenth up on Verstappen and Leclerc so Lewis was in contention for the pole here. Unfortunately, Checo pushed it a lot and lost it but it’s not his fault. It’s just a decision you take, you can lose pole position because of a yellow or you can lose the pole by a few hundredths having run first – afterwards you always know better. We have a strong race car which has been in a good place all weekend and starting on the second row, anything is possible tomorrow. We developed a car which gains a lot of its downforce with a low ride height and sometimes you can’t run low because you are hitting the ground. You’re forced to take compromises in the setup which moves the car away from its sweet spot but here in Zandvoort, we’re able to find that spot much more easily.

After a really difficult qualifying session last week, it’s been encouraging to see that we have been able to get the car and tyres in a better place throughout free practice and qualifying. Both drivers lost positions with the yellow flag caused by Sergio’s spin, which is frustrating when it’s as tight as it was today but sometimes that’s just the way it goes. We did some race work this morning during final practice and both drivers were encouraged by the way the car was handling and looking after its tyres, so that will hopefully bode well for tomorrow. It’s also hard to know where everyone is going to go on strategy for tomorrow. There’s wasn’t a lot of long run data due to a number of red flags so it may be we see a range of strategies up and down the grid which could give us opportunity. We do normally race better than we qualify and if that proves to be the case, we should be able to make some good progress in the race tomorrow.