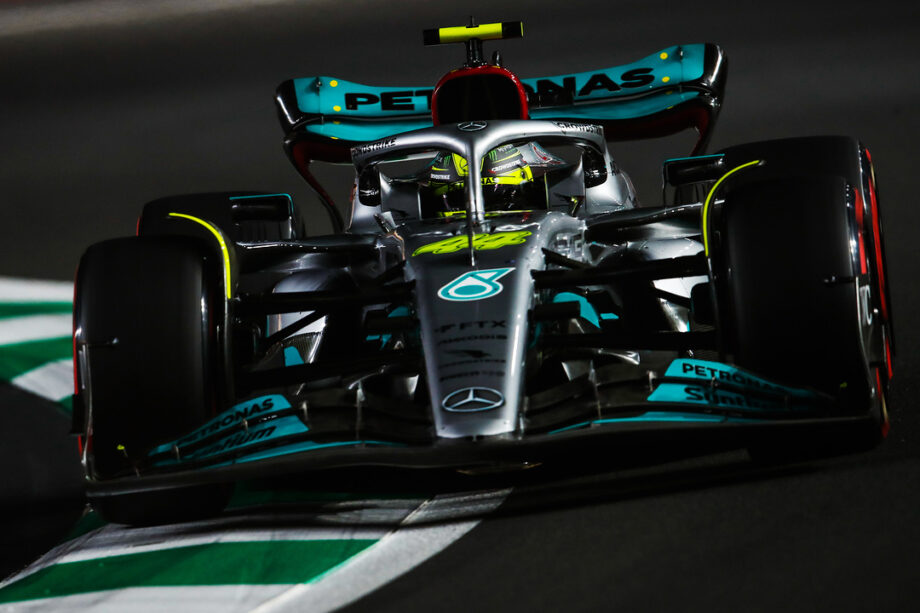 Formula 1 analyst Peter Windsor says Lewis Hamilton’s performance at the Saudi Arabian Grand Prix, must give him a confidence boost.

At the Saudi Arabian Grand Prix Lewis Hamilton managed to get from P15 to P10, at one point even getting up to P6, right behind George Russell.

Even though Lewis was on a set of extremely old hard tyres, while George had already pitted for fresher tyres, he was putting in similar times to his team-mate.

Peter Windsor thinks these are the reasons for the Briton to be happy about his performance.

“That was the end of the race,” Windsor explained.

“Having driven really well as we knew he would, as we always knew he would from the back of the grid, he’ll probably be thinking:

“‘I really enjoyed that race, because I passed quite a lot of cars, and ultimately I got up to George’.

“’When I was with George I was basically doing the same lap times even though my tyres were fifteen laps older’.

“So that would give Lewis a lot of confidence,” Windsor concluded.