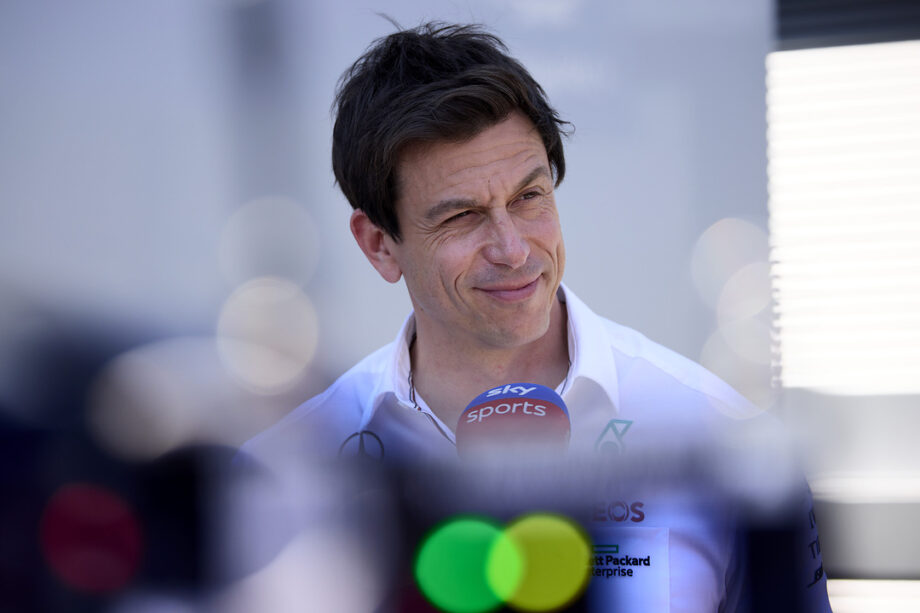 Toto Wolff says that Red Bull and Ferrari object to the FIA’s ‘anti-porpoising’ measures because they don’t want to have “a third guest at the party”.

Red Bull and Ferrari have been strongly opposing the FIA’s technical directive aimed at reducing porpoising, which will start getting enforced at the Belgian Grand Prix.

They have also been opposing regulations tweaks which are planned for 2023, with the same purpose.

Since both of these measures will also prevent teams from using ‘flexi-floors’, which Ferrari and Red Bull are believed to be running, it is not a surprise that they are so strongly opposed to any changes.

In an interview with the Italian branch of Motorsport.com, Toto Wolff was asked if he believes this is a way of ‘tripping Mercedes up’.

“I think they would rather continue to be the two of them at the top than have a third guest at the party,” Toto said.

Asked if Mercedes, who is a strong proponent of the changes, is trying to gain a competitive advantage, the Austrian said:

“When you put pressure on the FIA there is always a potential advantage, in everything, and we have done that in the past.

“But on this issue I see it very differently. On several occasions there has been no hesitation in making changes to the regulations for safety issues.

“I might also add we have now understood the porpoising problems with our car, we got pole position for the last race, but that doesn’t change anything.

“It’s irrelevant – we are talking about something that damages the health of the drivers.

“I strongly believe countermeasures have to be taken to make sure next year this problem will be a distant memory.

“The FIA has no choice, it has to do something, and I think in the face of this problem having teams lobbying for or against a measure is completely irrelevant.

“It is a medical issue and it has to be answered,” Wolff concluded.