Lewis Hamilton: “I think it’s going to be difficult with Red Bull” 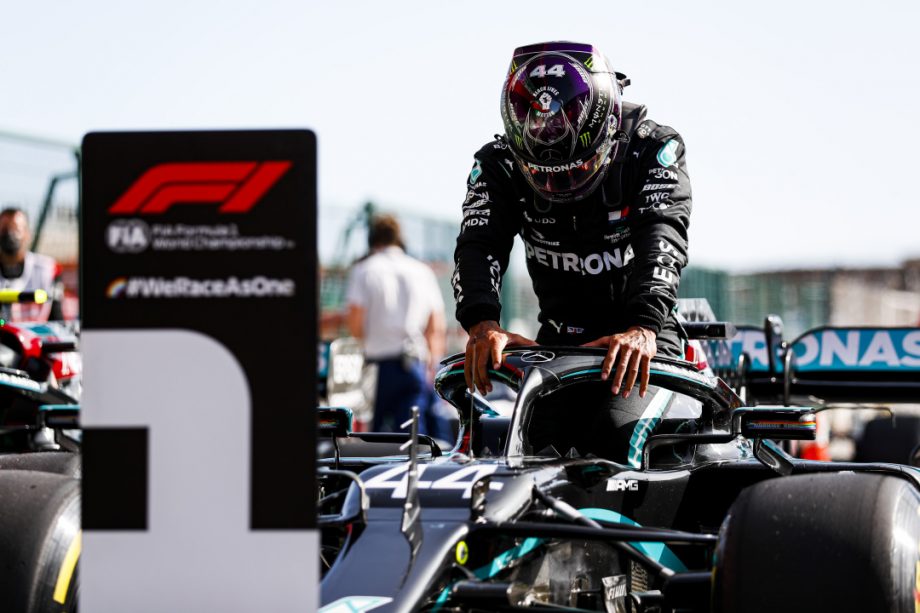 Lewis Hamilton says Mercedes needs to “prepare for all scenarios” at Portuguese Grand Prix, especially since a rainy race is a serious possibility.

Hamilton gave his thoughts on the race yesterday after qualifying.

“I think it’s going to be a very tricky race,” said the Briton.

“Particularly as we’ve got the harder tyre. It doesn’t work for several laps. That’s going to be interesting at the beginning.

“We lose a bit of performance to Max and the guys behind on softs. I really don’t know what to expect tomorrow.

“It’s supposed to rain tomorrow, which means it’s going to be the hardest day for us all if it does. Windy and wet – that would really be [like driving on] ice tomorrow if we had that!

“I think we have to prepare for all scenarios. If it is dry, restarts will be difficult with the tyres, with the speeds that the Safety Car goes, which I won’t comment too much on.

“But it’s going to be a tough race, that’s for sure, since we’ve never been here as well.”

Hamilton also gave his comments on the challenge Max Verstappen and Red Bull could pose in the race.

“I think Max can also play a role,” said the Briton.

“They have really made progress in the last couple of races. During qualifying they were only two tenths behind and in the race the gap is often smaller. I think it’s going to be difficult with them.

“Somehow they are very strong, even more than usual this weekend. In the last race it was difficult to keep him behind me, so I expect it will be even harder today. It will be fun, I’m sure”

Considering this season Valtteri Bottas has mostly dominated free practice sessions, while during qualifying Hamilton seems to come out on top more often than not, the Briton was asked if he was hiding his true pace in practice.

“I’ve never personally felt that that’s worked. I remember when I was younger and in lower categories some people tried doing that stuff.

“But I remember trying it when I was in Formula 3, or something like that, and it never ended well so that’s never been something that was part of my philosophy.

“It’s like building a wall – you put one brick, the next, the next and you just continue to improve throughout.

“There’s a lot of work that goes in the background, trying to fine-tune, get the right perfect setting for the brake bias and the diff and how you attack each corner.

“It just doesn’t come easy, so I’ve been pushing all weekend.

“I generally think I’ve been driving really well all weekend. I’ve been really happy with my performances through practice but he [Bottas] has always been at the top.

“So I really had to just continue to dig and to believe that I could eventually get there. Coming across the line and getting the pole, it was a great feeling, naturally, because I really had to work my socks off for it.”