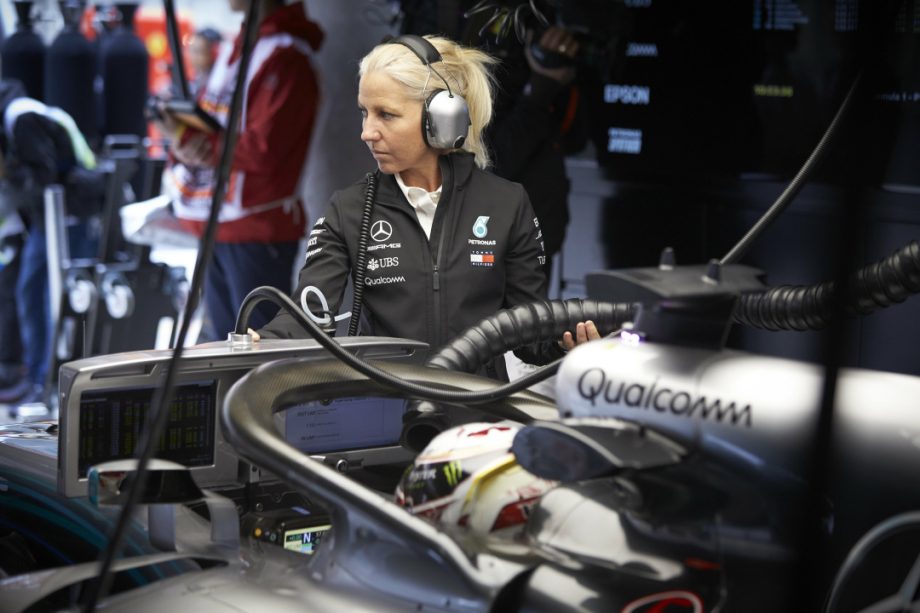 There is no denying that Lewis Hamilton‘s physio and right-hand woman Angela Cullen captured the interest of many Formula 1 fans. We decided to compile photos of the duo that were officially released by Mercedes.

After each race Mercedes releases a batch of photos that usually feature their drivers on and off the track, and a few team members. Angela Cullen is rarely seen in these photos, but we found a few over the years. Here they are!

You can read more about Angela in her own words and the words of her colleagues here.