Russell says his 2020 Mercedes debut “felt like just another race” 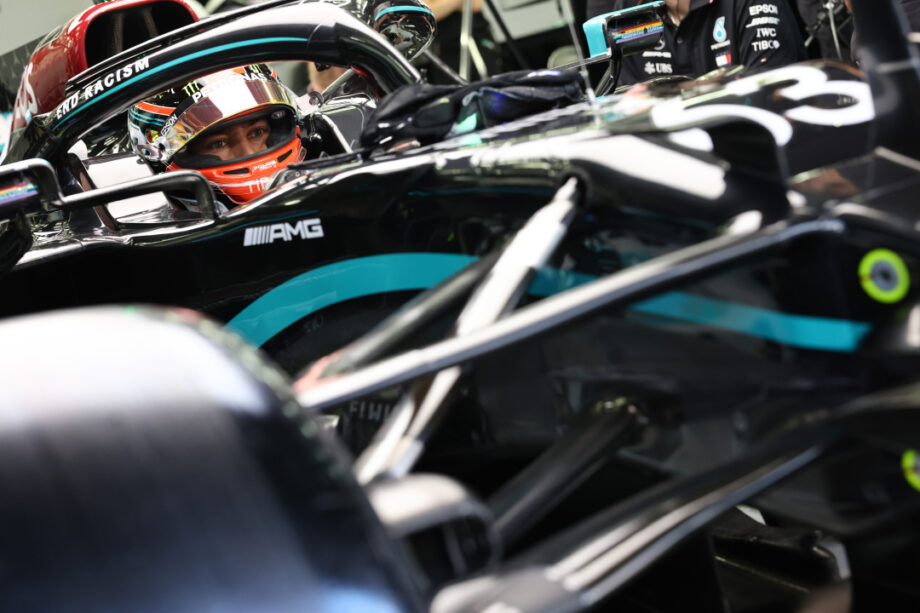 George Russell says he “felt no additional pressure” at the 2020 Sakhir Grand Prix, because “when the helmet’s on, you forget about everything else”.

George Russell made his debut for Mercedes in 2020 at the Sakhir Grand Prix, when he replaced Lewis Hamilton who tested positive for COVID-19.

Although his performance at the race was undoubtedly an important step in fulfilling his ambition of becoming a full-time Mercedes driver, the young Briton says he felt no additional pressure.

“I feel absolutely fine about it,” Russell told GPFans.

“It’s not something I ever shy away from and often, when the helmet’s on, you forget about everything else. Obviously, I was fortunate to have the experience with Mercedes, to be honest.

“Lining up on the grid on the front row when the helmet was on, it didn’t even cross my mind that I was going into turn one fighting for a lead because when the helmet’s on you’ve got one vision, which is to go as fast as possible and attack the car ahead and keep the cars behind.

“Even when I was leading the race, it just felt like just another race to me.

“There was no additional pressure within when I was driving because that’s what I was there to do,” the Briton concluded.