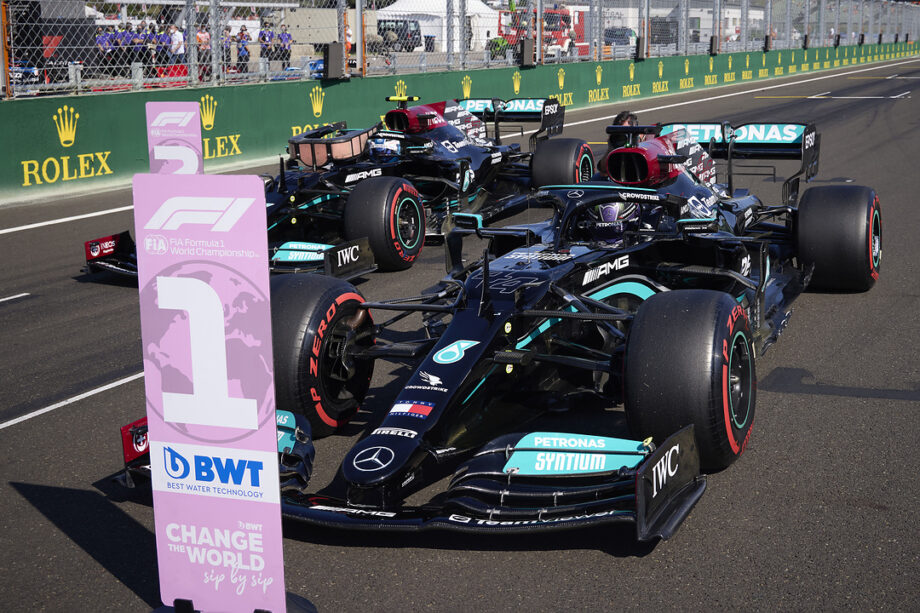 It is clear that Red Bull’s accusations that Lewis Hamilton slowed down in his final Q3 out lap on purpose don’t hold water, which Sergio Perez also confirms.

After the Hungarian Grand Prix Qualifying, Red Bull accused Lewis Hamilton of driving slowly in his last Q3 out lap, in order to ruin Max Verstappen’s tyre warm-up. In the process Sergio Perez failed to start his final flying lap in time.

Immediately after qualifying Mercedes denied any accusations of any “gamesmanship” on Hamilton’s part in their reply to a fan on Twitter.

“Lewis’ final Q3 outlap was faster than his previous outlap, and middle of the range overall through quali,” Mercedes wrote.

Even Sergio Perez said he thought Lewis didn’t do anything on purpose.

“I haven’t looked in detail but to be honest,” Perez said.

“Lewis had a sensible gap to Bottas ahead so something must have happened, someone must have dropped back massively from [Pierre] Gasly, I think.

“I don’t think towards the end… he had a normal gap, I just paid the price by being the last car of the train.”

Although Red Bull came out with accusations in their statements after the session, they decided not to pursue it formally.

Mercedes team boss Toto Wolff thinks it has to do with their recent PR blunders.

“I think they would have known that if they made a thing of that again, it would have ended in another PR fiasco,” the Austrian said.