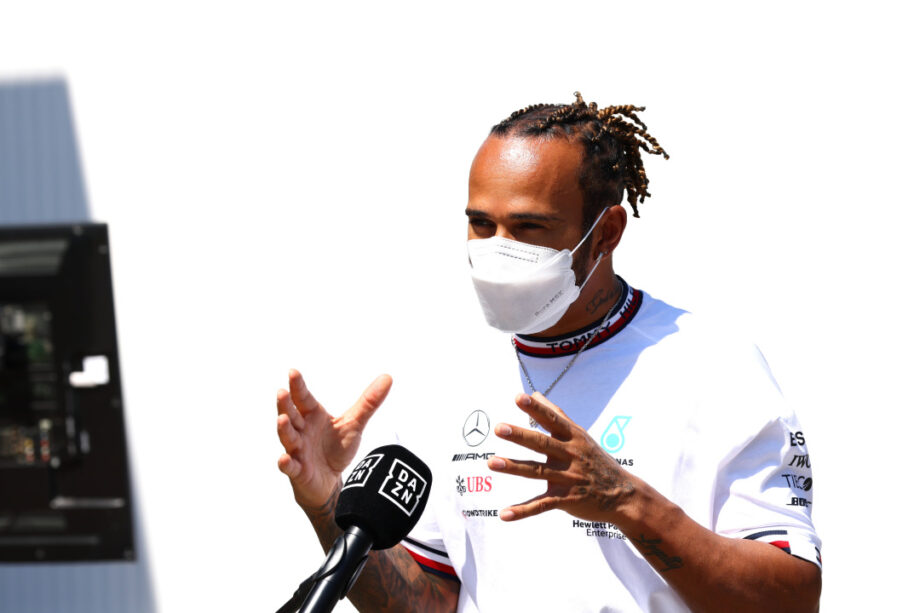 Although he finished in P7 and P11 at the Azerbaijan Grand Prix FP1&2 respectively, Lewis Hamilton felt he had “a really good day”.

The Briton finished FP1 in P7, and FP2 in P11, however, he feels he had a good day of practice.

“I genuinely had a really good day,” the Briton said.

“It feels clean, I got all the laps that we needed. I didn’t make any mistakes, apart from a lock up.

“In general, I feel like I’m driving well and the car felt better in P1, and this one, there’s just no more time in it.”

Despite this, Hamilton is aware that Mercedes’ pace is nowhere close to where it should be.

“We’re definitely quite a chunk down, and I think everyone will be scratching their heads and looking into the data to see how we can improve.

“The long run was better. It didn’t feel good in this session, just in general I was pushing on the limit, but the car is limited.

“There are areas which should be quicker, but there’s just no more grip. We’ll work on it.”

Valtteri Bottas also didn’t have a good day, he finished FP1 in P9 and FP2 in P16. Hamilton says the W12’s pace has gone “backwards”.

“Of course, it’s not easy to be out of the top 10 on pace when we’ve had pace at other places. But I don’t know why we are where we are.

“I felt like I genuinely had a good day, just wasn’t very fast,” concluded the seven-time champion.

“Both drivers walked from the back of the garage to their rooms with their helmets on,” di Resta said.

“They didn’t want to be stopped and quizzed, and Toto Wolff was on a pretty sharp march to get himself across there.

“They will be up in that office and here the latest tonight.”