Home F1 News Verstappen: “I don’t need Nico to make me realise how good Lewis is”

Verstappen: “I don’t need Nico to make me realise how good Lewis is” 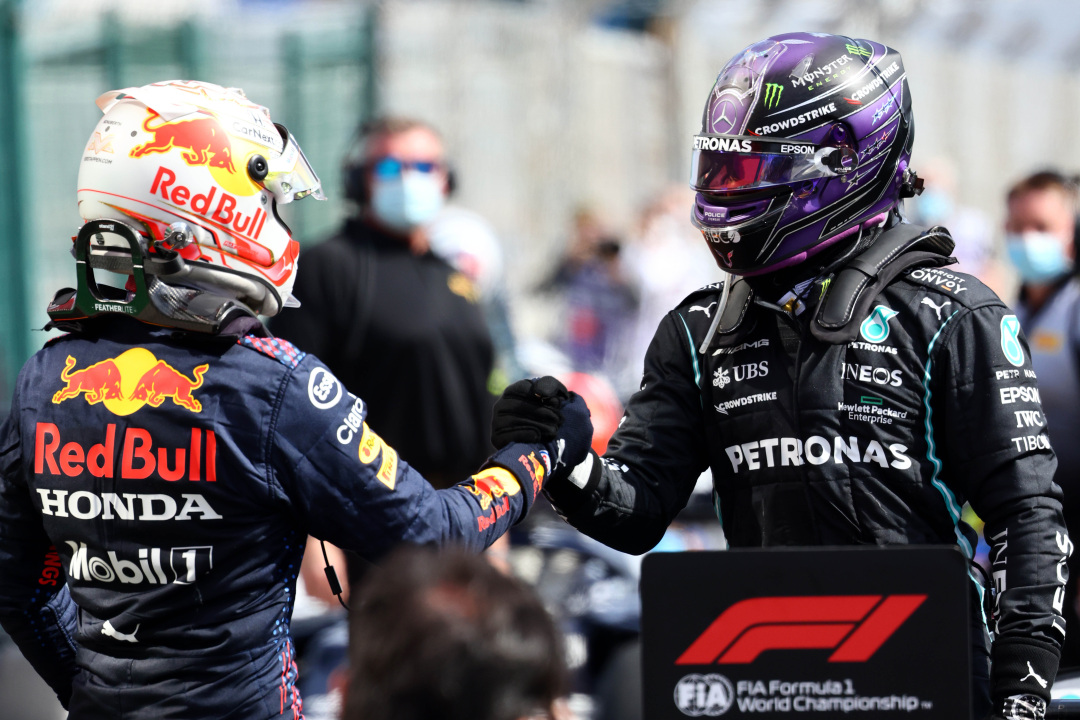 Rosberg and Hamilton battled each other for the championship while they were team-mates at Mercedes. Lewis managed to beat Nico in 2014 and 2015, while Rosberg finally managed to come out on top in 2016.

Talking about the current rivalry between Hamilton and Verstappen, Rosberg had a few words of advice to the young Dutchman.

“I’m a bit amused because Max Verstappen is starting to understand better and better how good Lewis Hamilton is,” Rosberg said after the Portuguese Grand Prix.

“He needs to do everything perfect to beat him in the World Championship but at the moment it is 2-1 for Lewis.”

Verstappen was asked about Rosberg’s comments in the post-race press conference.

“I don’t need Nico to make me realise how good Lewis is,” Max said.

“I know he’s very good, otherwise you don’t win so many championships.”

Rosberg also added that the fight between Hamilton and Verstappen is also extending to their team bosses Toto Wolff and Christian Horner, as well as Red Bull’s advisor Dr Helmut Marko.

“There is so much pressure on him and we know that Red Bull and Mercedes are not the best of friends,” Nico continued.

“It starts with the team bosses. Toto and Helmut can’t stand each other, and it looks similar with the drivers. We’ll have a lot of fun with it.”