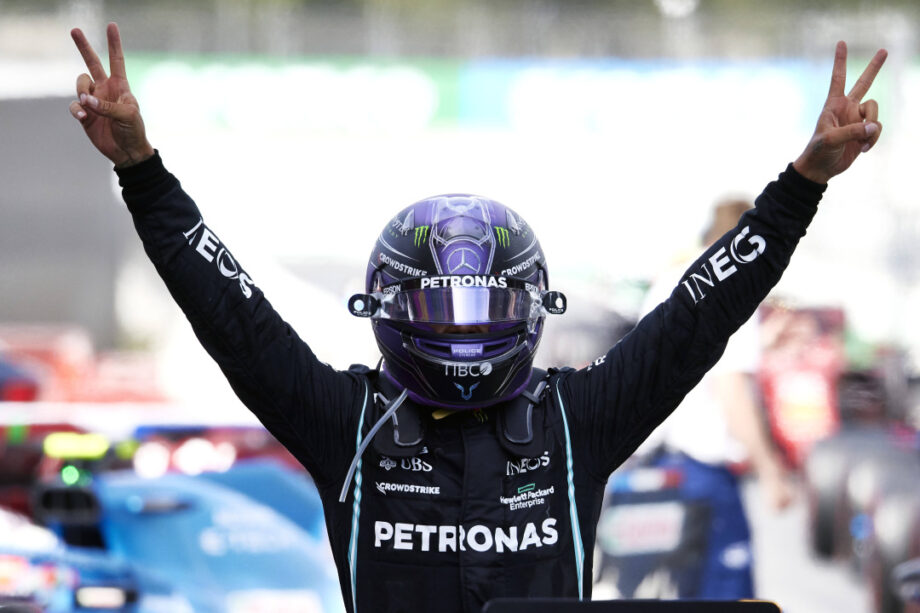 Ever since he entered racing, whether he was in a go cart or a Formula One car, Lewis Hamilton has encountered negativity and prejudice. The two main reasons for that is that he did not come from a wealthy family, and secondly he is the only black driver on the grid.

Even as a young boy of eight years old, with what he described as the shabbiest go cart on the track, others were quick to make him feel that he was not worthy to be competing against them. But that go cart, and the talented young boy driving it, soon learned the hard way that he must let his driving do the talking. In his own words: “I used to get them back on the track”.

During his amazing career spanning twenty eight years, having so far amassed seven world championships, ninety nine race wins, and one hundred and one pole positions, which eclipses any other driver, he has earned himself huge respect from the people who matter, the ones who understand Formula One and how it operates. He has a global fanbase, more than any other driver, but inevitably with anyone as successful as him, there are still some people who look at their own lives and failings, and cannot bear to see how much he has achieved.

These people comprise of some journalists who know very little about Formula One, sometimes celebrities, who use his name to piggy back their own status, and keyboard warriors, who spew hatred from behind a computer screen, but in real life would not stand up and be counted.

I read something the other day written by Jeremy Clarkson. When I googled him, it’s the Jeremy Clarkson, the past Top Gear presenter, who was sacked by the BBC because when he was working late someone brought him a meal, and it was salad, which he didn’t like, so he attacked them. Nice Mr Clarkson accused Lewis of trying to steal the limelight at the Hungarian Grand Prix away from Esteban Ocon who won it, and “flopping about on the podium and saying he had long COVID”.

Nice Mr Clarkson obviously didn’t watch properly, as I saw Lewis not only go up and hug Esteban, but also verbally congratulate him and Sebastian Vettel. He said that it was great for the sport, and was delighted to recover some more points in the championship.

The Briton has also been verbally abused continually by Red Bull, Helmut Marko and Christian Horner because of the racing incident at the British Grand Prix with Max Verstappen. But through it all he has maintained a dignified silence. They did their best to destabilise him, but what did he do? He carried on his very valuable work with the Hamilton Commission, trying to help ethnic minorities into motorsport, whilst they were behaving like a gang of schoolchildren who had lost a pound and found sixpence.

Lewis was booed by the Dutch fans at the Hungarian Grand Prix, who were then asked by the Dutch Grand Prix promoter to welcome him as the great champion that he is, when he comes to their home country. But years of bullying and victimisation have only made Lewis stronger, and he will drive even faster just to sock it to them! Is it any wonder he is doing his bit to try and change attitudes? How dare anyone call it politics, it’s just basic human rights to be treated decently. I applaud Mercedes in standing is solidarity with him, and Valtteri Bottas for denouncing the unsporting behaviour of the booers.

In conclusion I would say that the people who matter know Lewis’ true worth. Lord Peter Hain, who denounced Christian Horner for his personal remarks about the Briton, and was also instrumental in  helping him get knighted. Boris Johnson, who said he was the best British sportsman, and our lovely Queen who bestowed his knighthood on him. Sir Lewis had previously been accused of not paying his taxes, but after a proper investigation he was found to be one of the highest paying British people, as he pays taxes in every country that he competes in. Of course the haters probably know this, but they disregard that. They’ll say anything just to try and bring him down. But I have news for them, they won’t bring him down, because still he rises!