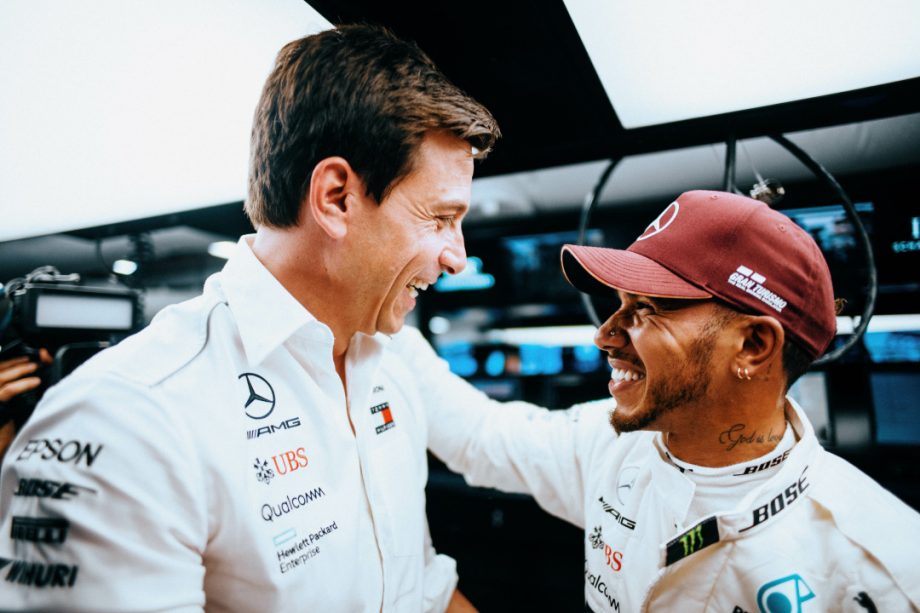 When Toto Wolff and Sir Lewis Hamilton agreed on a new contract for 2021, the fact that it was only for one year was fodder for the Press to speculate why that was.

They immediately assumed that Mercedes only wanted Sir Lewis for one more year, and decided this was to make way for George Russell, who is out of contract with Williams at the end of this year.

But Toto has since made it clear that Sir Lewis’s future lies in his own hands. He has remarked that he  is aware of how fit Sir Lewis keeps himself, and he does not believe he will slow down any time soon. He has also said that if he continues to maintain his fitness and training, he could possibly drive up until the age of 40, but added it was his choice if that is something he wants to continue to do. It is his choice.

This may of course be bad news for George Russell, who recently celebrated his 23rd birthday, but Mercedes are very supportive of all their drivers, and waiting in the wings and learning from the master could serve George very well in the future. He has already raised interest with a great drive at the Sakhir Grand Prix, when Sir Lewis had to miss the race because of COVID-19.

It must be even worse news for Max Verstappen as, judging by Christian Horner’s recent statements, the Red Bull team boss cannot wait to put him in a Mercedes. However, this turn of events would be surprising, as his contract runs until 2023, and neither Toto, nor any representative of Mercedes, have ever shown any public interest in the Dutchman. It might be Mr Horner is dreaming.

Valtteri Bottas is also out of contract at the end of 2021, but Toto has made it clear that he would talk to him and Sir Lewis first, before anyone else is brought into the equation. With this sort of loyalty towards their drivers its not hard to see why Mercedes are so successful. It’s not just because they have a fast car, but also because they respect and support their drivers.

As a fan, I hope to see Sir Lewis achieve the maximum that he possibly can, because an outstanding talent such as he is, only comes around once in a while. I am sure he won’t be swayed to end his career because of newspaper speculation, in fact it might even make him stay longer, which will be great for his fans, and for Formula One.

There will be a time in the future when his huge contribution to the sport will be remembered, and I am sure he will leave a legacy that up-and-coming drivers such as George Russell will be keen to emulate. But, for now, it’s great that Toto and Mercedes have decided that his future lies within his own hands.